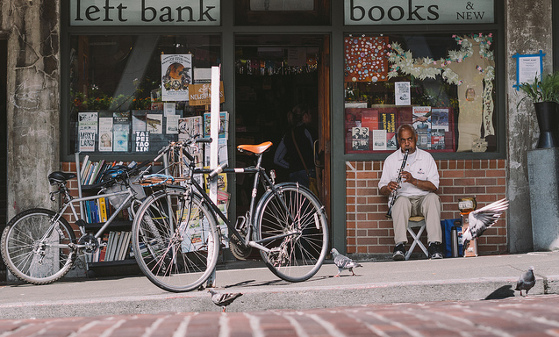 Seattle’s curb upgrade needs may be an obstacle to its bike lane needs. Photo: John Westrock.

Almost nobody opposes making street corners accessible to people with disabilities. But there’s a live debate about how much work in the bed of a street requires improvements to the nearby sidewalk.

At issue: does building a concrete curb to protect a bike lane mean that the sidewalk ramps must be rebuilt?

In Seattle, the city’s engineer says his understanding is that the federal Americans with Disabilities Act requires curb ramp improvements when there’s any “reconstruction” of the street — and that installing permanent separation curbs, repaving a shoulder or even fully repainting a crosswalk counts as “reconstruction” and therefore requires curb improvements on the adjacent sidewalks.

Since every curb ramp costs Seattle an estimated $11,000, that adds maybe $375,000 per mile to the cost of a curb-protected bike lane in the downtown Seattle area. The result is that Seattle plans to avoid using curbs in most of its future projects, unless there’s already funding for a full roadway reconstruction.

I explore this issue in a new guest post for Seattle Bike Blog, the first of a round of guest posts we’ll be doing for other websites that can help spread the word about the national trend toward protected bike lanes. And watch this site for more coverage on the question of whether adding curb protection triggers ADA sidewalk upgrades &mdash; a developing issue that’s worth looking into.