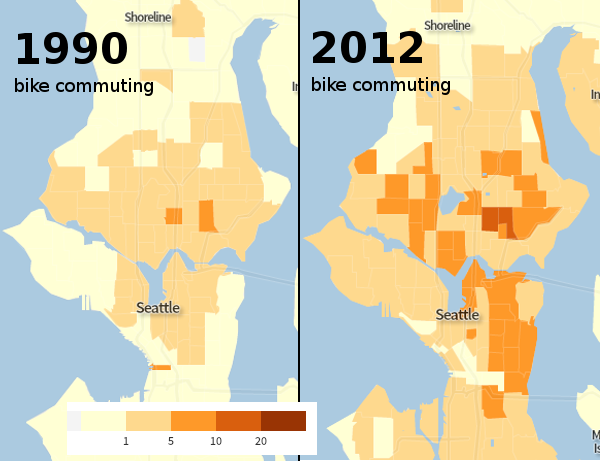 For those of us who believe in the huge potential for biking in U.S. cities, half of the challenge is to persuade other people that, yes, biking is on the rise in our hometowns.

The other half of the challenge is to persuade other people that this isn’t a fluke, because biking is on the rise more or less everywhere.

Fortunately, both of these things are true.

Though there are a thousand theories, and probably a thousand reasons, for the generational shift toward bike transportation, every American should know by now that it’s underway in every major U.S. city. At the Green Lane Project, we focus on helping six cities build better bike lanes to meet this rising demand.

A new online map tool circulated yesterday by the Census Bureau opens a nice window onto 22 years of changes in each of them. In the lightest-colored regions on these maps, less than 1 percent of the population gets to work by bike. In the darkest-colored regions, more than 10 percent do so. (You can see the scale in the image above. Only a few neighborhoods in the United States, in college towns and in Portland, Oregon, currently exceed 20 percent bike commuting.) 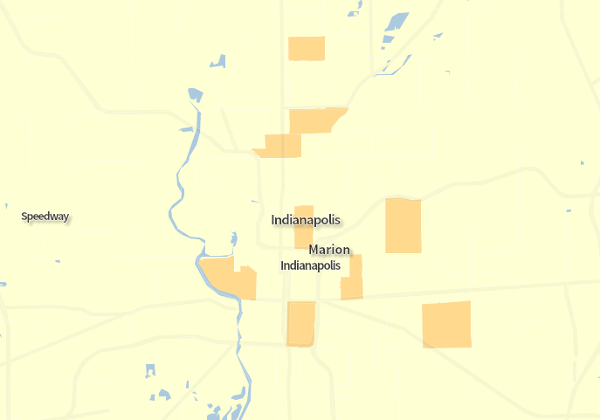 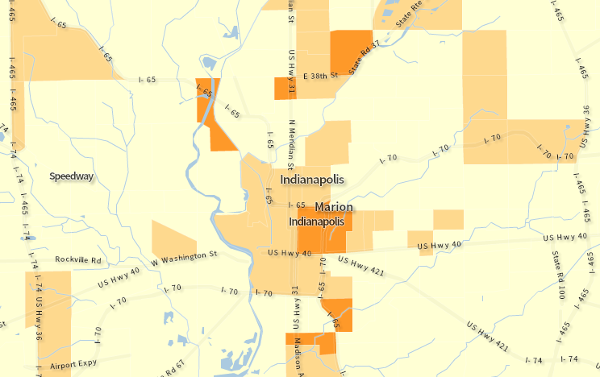 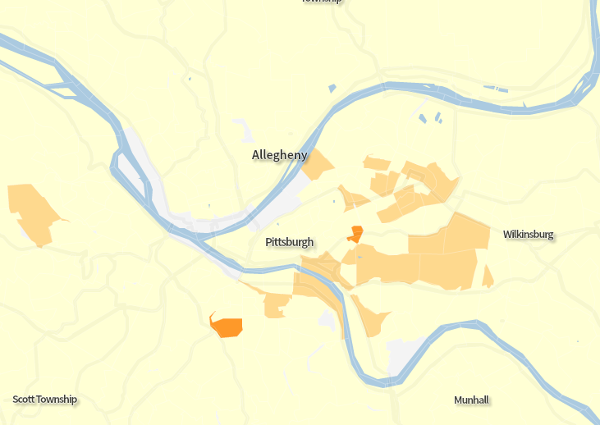 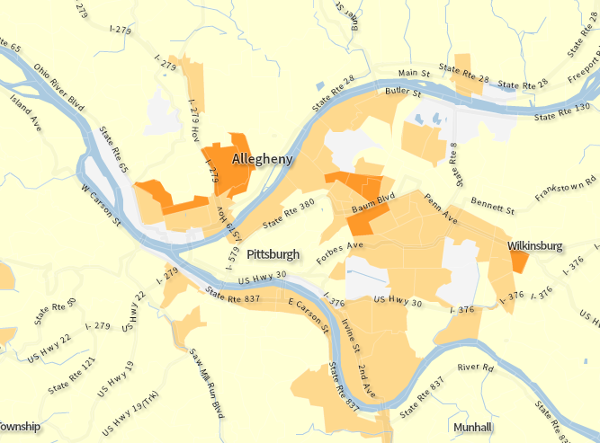 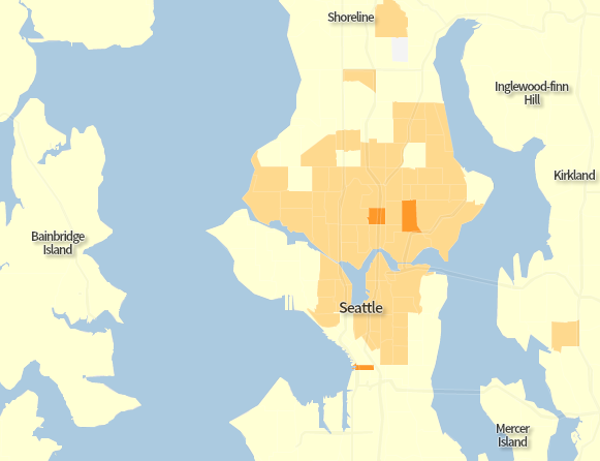 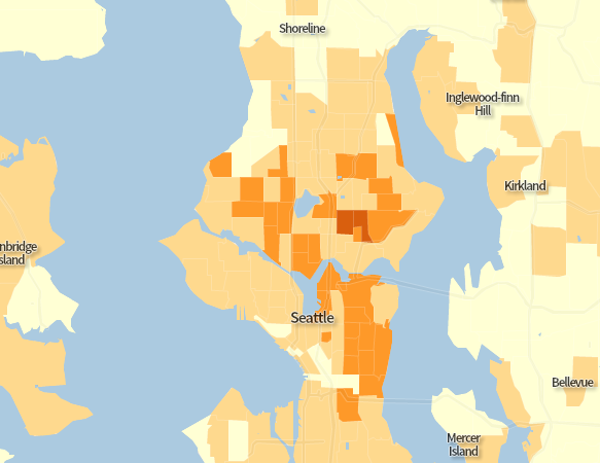 We can’t wait to see what these maps will look like in 2022.