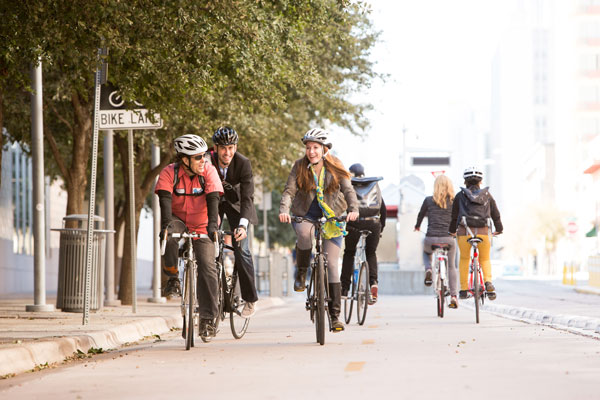 What does this have to do with bicycling? Basically it means roughly 2,300 projects to the tune of $820 million in bicycle and pedestrian infrastructure.

A major concern during this process was what would happen to the two primary sources of bicycle funding, the Recreational Trails Program and the Transportation Alternatives Program. There were three proposed amendments to this bill that would have limited what these programs could do to grow bicycling in the U.S.

As background, earlier this summer the Senate passed their proposal for the same bill. The next step is that the House and Senate must reconcile the differences between their two versions and pass a compromise bill. The most recent extension of the current transportation program expires November 20 so they will have to work quickly.

Thank you to everyone who wrote and called their member of Congress to protect bicycling in the U.S.