A new appreciation for e-bikes 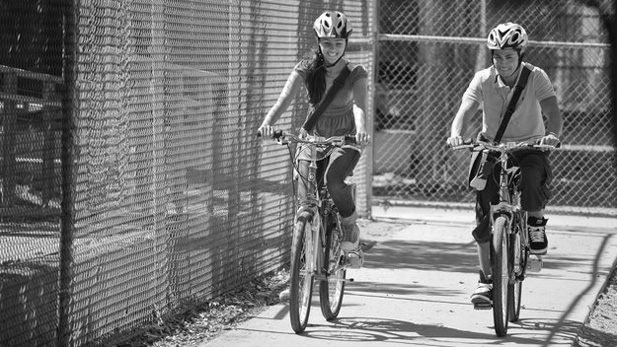 I never used to be a fan of electric bikes. My basic thought was that everyone should pedal and get their hearts pumping and lungs working, and should never have to depend—even in part—on the assistance of a small electric motor.

Back then I viewed e-bikes as nothing more than small motorcycles. I was wrong.

I didn’t understand the pedal-assist e-bike, which allows the rider to pedal and draw on the silent power of an electric motor to reach a speed of 20 miles per hour, tops, on flat ground. Frankly, I was smug—insensitive to the needs and capabilities of people who want to bike but don’t have the physical capability to pedal far. Many of these folks are close to my Dad’s age: 83.

But then, a few summers ago in Wisconsin, I rode a pedal-assist e-bike for the first time. The experience was essentially the same as any bike I’ve ridden: great! I was able to accelerate more quickly from a full stop. I was also able to cruise up hills, always pedaling, a little faster than normal…though never very fast.

I had a blast…and I began to appreciate the potential of e-bikes for bike commuting, older people, and everyone. For many, e-bikes make longer rides possible (the average American commute is 15 miles one-way). E-bikes take no more space on the road, path, or in parking than “normal” bikes. E-bikes don’t pollute. E-bikes are quiet

The e-bike potential has already been realized in Europe, where sales are through the roof. Even Mercedes, through its Smart division, has gotten fully into the class of vehicle.

But in some U.S. states, e-bikes users and manufacturers are suffering because of misguided regulations that classify all e-bikes as motorcycles.

Last week PeopleForBikes emailed our 31,000 New York supporters to ask for their help on e-bike regulations. In New York state, pedal-assist e-bikes with small motors and a top speed of 20 miles per hour on flat terrain are treated as motorcycles. While these bikes don’t have serial numbers and can’t be registered, riders can be (and have been) ticketed for unregistered motor vehicle operation. It’s a tricky, unfortunate situation.

Federal law does a better job of recognizing and governing the use of low-power e-bikes that can go 20 miles per hour. We’d like to see New York change its state law to match the U.S. regulation. We don’t want to see New Yorkers get ticketed for riding pedal-assist e-bikes. If this type of bike use grows, all New Yorkers will benefit from reduced road congestion, better air quality, and happier, healthier citizens.

After our email call-to-action, we’ve heard back from some New Yorkers complaining about the reckless use of high-speed e-bikes by delivery workers. These are not the type of e-bikes we’re talking about, and advocating for: these delivery vehicles are much faster and much less dependent on pedal power. Yes, based on power, top speed, and no need to pedal, they are essentially small motorcycles.

So I’ve become an e-bike fan. While I plan to keep going, as long as I can, in full pedal-power mode, I will be grateful, someday, for the benefits of a modest electric assist. And I will hope that when I ride an e-bike in New York state, I won’t be breaking the law.