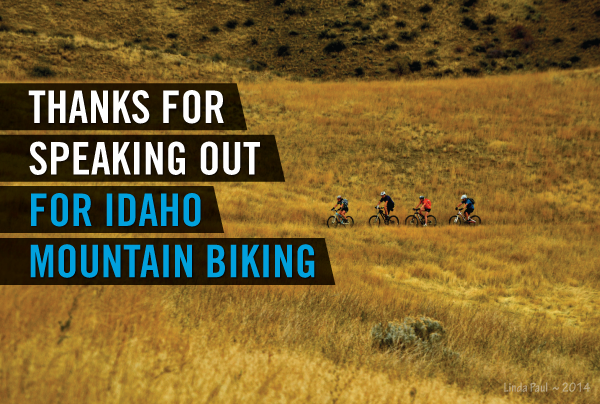 Earlier this week the U.S. Senate approved a bill creating new Wilderness in Idaho’s Boulder-White Clouds, effectively closing a number of trails to mountain bikes. The bill is now on its way to the president to become law. PeopleForBikes supporters sent more than 1,500 letters asking elected officials to keep just two of these trails open to mountain biking.

This is an extremely disappointing outcome. While we’ve always been behind protecting the land in these places, we were hoping to do it in a way that would allow continued bike access to some high priority trails.

To learn more about the decision, read this blog post from the International Mountain Bicycling Association.