Bicycle tourism is on the rise 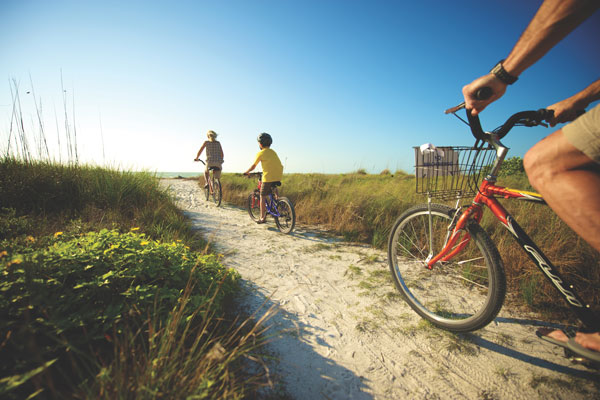 Lee County, Florida is listening. The tourists that flock to the area’s family-friendly coastal shores, historical sites and stunning natural areas want to go by bike. ?In our visitor surveys, we found an increased interest in cycling,? says Simone Behr, Visitor Service Coordinator for the Lee County Visitors and Convention Bureau. ?So we thought that might be a great new niche market for us.?

Lee County turned to the Bicycle Tour Network’s (BTN) annual conference to help develop that niche, and they’re not alone. ?Just a couple of years ago, the conference was mostly ride directors and large event organizers,? says TJ Juskiewicz, who also runs RAGBRAI, the Register’s Annual Great Bicycle Ride Across Iowa. ?Now the tourism part is 40 to 45 percent.? Juskiewicz estimates Convention and Visitors Bureau (CVB) participation in this year’s conference to be about 20 percent higher than 2015.

The change in attendance is an indicatior of, and confirms, the changing shape of bike tourism. Cities that have improved and expanded conditions for residents who bicycle increasingly see opportunities to attract tourism dollars with the same infrastructure.

?We?re building more and more trails and we are hoping to see that have an impact on our tourism,? notes Behr. And that means a broader view of who the typical bike tourist is. ?As a family-oriented destination, attracting families and more casual cyclists is a priority.?

Reflecting on how attendance has changed, Juskiewicz says, ?It’s more social and slowed down and small instead of ?How fast can we go??? 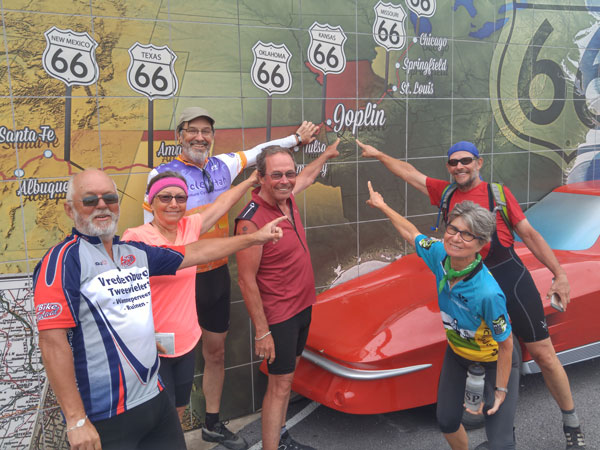 Bentonville, Arkansas is already on the bike tourism map. The city’s Parks and Recreation department and CVB initially attended the conference to share the secrets of their rapid ascent. David Wright, Bentonville Parks and Recreation Director, says they keep coming back because they found a great place to promote the city and to exchange ideas that are helping Bentonville expand beyond mountain bike success. ?It’s about a diverse offering of cycling, so this conference helps us learn about other events that are taking place.? For example, Wright says Bentonville copied a California multi-sport event with a ride menu that included family-friendly bicycling distances of just a few miles as well as a route of more than 70 miles for more ambitious riders.

Joplin, Missouri is located on historic Route 66, and bicycle tours along the route travel right through the heart of downtown, according to Patrick Tuttle, Director of Visit Joplin. In 2015 the Adventure Cycling Association (ACA) released the Route 66 map series.

?Being the trailhead for two of the maps, we knew we had to be involved,? Tuttle says. ?This is our second year of being members of both BTN and ACA, and we have already seen a significant return on our investment.? Tuttle is eager to implement signage that highlights the amenities local businesses can offer bike travelers after seeing Travel Oregon?s successful program at the 2015 conference. 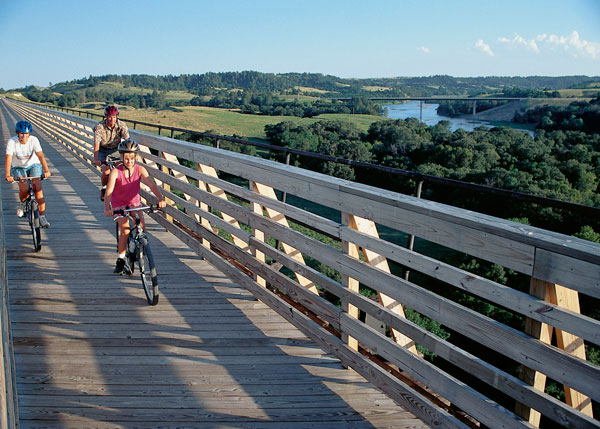 As a tourism development consultant for Visit Nebraska charged with promoting eco-tourism, bicycles are already a big part of Alexander Duryea’s job. One of many reasons he attended the 2015 conference was ?to see what kind of economic statistics are out there for helping creating the pitch for cycle tourism in Nebraska,? he explains. The ?Understanding Mountain Bike Tourism? session featured a study showing that most people won?t drive more than two hours for trails that are less than 15 miles long. ?This was a great wake-up call because Nebraska doesn’t have an MTB system like that. It helped me narrow my focus for where to start.? Instead, Duryea will initially focus his work largely on Nebraska’s existing assets, including the epic 321-mile Cowboy Trail.

The changing composition of the BTN and the conference is yet another indicator of the widespread growth of bicycle tourism and the economic opportunities offered to communities, both urban and rural.