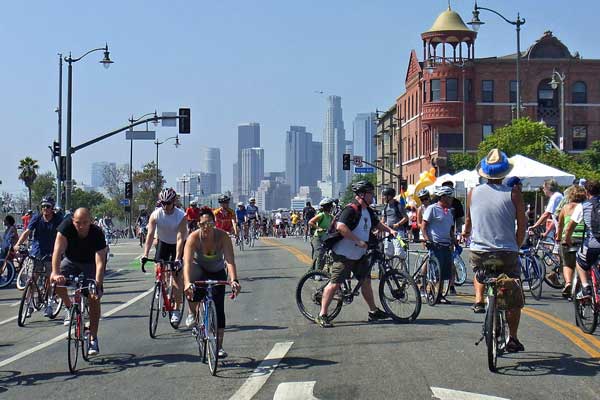 Funded largely by sales taxes or bonds, more than a dozen high-profile measures will provide reliable sources of revenue, in many cases freeing local governments from the constraints tied to federal grants and private funding. This will allow them to invest quickly to build or complete safer bike routes. Most of the new funds were approved as part of comprehensive transportation or infrastructure measures that will help communities move into the future.

In Los Angeles County, voters approved Measure M, which includes a whopping $3.9 billion for biking and walking projects as part of a massive 40-year transportation package. “It is huge,” says Tamika Butler, Executive Director of the Los Angeles County Bicycle Coalition. “It passed at 70 percent, so that’s a strong statement from the public that this is important.”

One of the biggest projects that will be completed is the 51-mile Los Angeles River Greenway “You will be able to get from Griffith Park, which is a huge destination, to Long Beach, with a totally connected bike path,” Butler says. The San Gabriel Valley Greenway is slated for similar upgrades, which will close critical gaps to provide more of the county’s 10 million residents, including families and children, access to a safe regional network of biking and walking routes. The county will also welcome more Safe Routes to Schools, open streets events and safer biking and walking access to transit hubs and regional job centers. 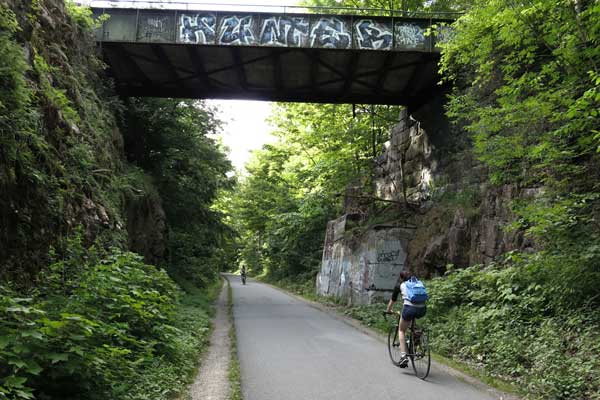 Biking in Burlington will get even better. (Image: rik-shaw)

On the other side of the country, voters in Burlington, Vermont, passed a series of four bonds that collectively provide foundation money to rebuild aging streets and sidewalks and make other capital improvements totaling $50 million. Not bad for a city of 40,000. Twelve million dollars of that will complete the modernization of the waterfront bike path. “That’s a huge economic development issue,” says Jason Van Driesche, Deputy Director of Local Motion, the region’s active transportation advocates. “The path is the city’s single biggest tourist draw and is a significant reason people come to Burlington.” Also funded: Burlington’s first-ever bike/walk master plan.

The bond win also greenlights the redevelopment of a 1970s-era mall property into high-density mixed-use residential and commercial development. When complete, two central downtown streets currently cut off by the mall will reopen, adding a safer north-south biking route through downtown away from busier streets. “That will mean a bigger tax base for the city, and more people, jobs, and downtown destinations, which means more activities within walking and biking radius,” Van Driesche says. “We want Burlington to remain vibrant and dynamic, the leading city of our region.”

Back west in Santa Cruz County, Measure D is a comprehensive transportation package that proposes $100 million for bicycling and walking connections. Eric Richter, Brand Development Manager at Giro Designs, had already been working with the Regional Transportation Commission to develop and fund the 32-mile Coastal Rail Trail. When Giro saw the potential to tap more reliable, long-term funding source with the measure, they put their support behind it. “Giro would not be the company we are without being located where we are,” Richter says. “It was important to make a statement about what the bicycle industry believes in: that bicycles can and should be considered an essential part of public wellness and economic sustainability.” 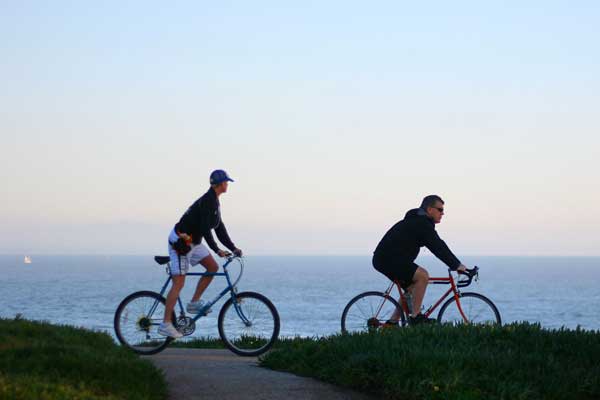 Expanding the trail and connecting the county’s many communities the trail would give the fifty percent of residents who live within one mile of the rail corridor a safe, healthy option to reduce or eliminate low-mileage car trips. “We believe we have to contribute to the infrastructure in our community that ensures the quality of life we enjoy here,” Richter says. “It is expensive to live here, it is expensive to run a business here. It can be hard to attract quality people. We have a fantastic trails and interesting roads to ride but you have to provide people with safe efficient options to enjoy the lifestyle.”

Measure D requires a two-thirds majority to pass and is currently leading based on counted votes. The final tally may not be in for a couple of weeks while mail-in ballots are counted.

Among the measures that did not pass, the demand for better bicycling still comes through: many tallies were extremely close or showed a strong majority in favor, often falling just short of required two-thirds majorities. The appetite for better transportation choices, including bicycling, is undeniable.

To read more about the many wins for bike riding, visit our VoteForBikes page.