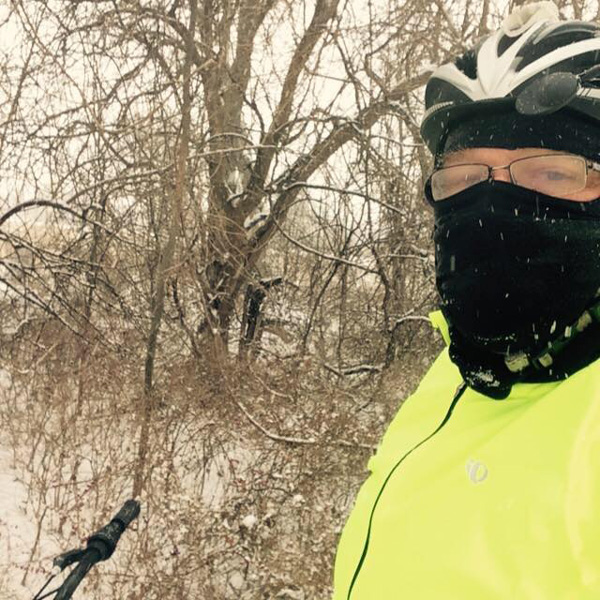 The warm-up period for the National Bike Challenge is about to come to an end. Once the Challenge officially begins, miles start going up as participants start logging more. If you?re reading this as a Challenger (and if not, sign up here!), you may choose to change your routine come May 1?your rides get longer on the weekends, or you ride to work a few more days a week. However, for one rider, not much will change at all.

That’s because Charlie Fair never stopped riding after the 2014 Challenge concluded on September 30. In fact, he didn’t stop riding for one day. Charlie has a streak going, and it doesn’t seem like it’s going to stop any time soon.

Charlie started his streaks back in 2009. His first one lasted 243 days. Like a lot of personal challenges, what keeps him going is his own motivation. He’s not doing it for the bragging rights, but more for the simple reason that if he stops riding, he would have to start all over again. 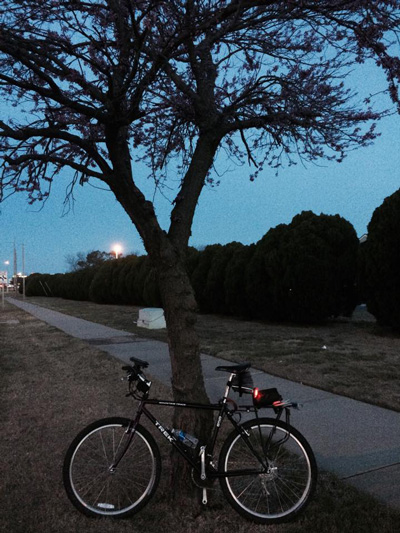 He started logging his daily rides on the National Bike Challenge and discovered it was a great way to motivate other people in his Kansas community. He also likes to disprove any assumptions that people don’t ride bikes in Kansas?and according to him, the state isn’t as flat as you might think.

?The people who tell you it’s flat haven?t ridden a bike in Kansas,? he says.

Biking in Kansas is close to Charlie. He is the Vice President of Bike Walk Wichita, a local advocacy organization working to make Kansas more bicycling friendly. This role on top of a day job means Charlie has to find time to squeeze in a ride every day, but he always does it. What’s his advice for keeping a streak going? 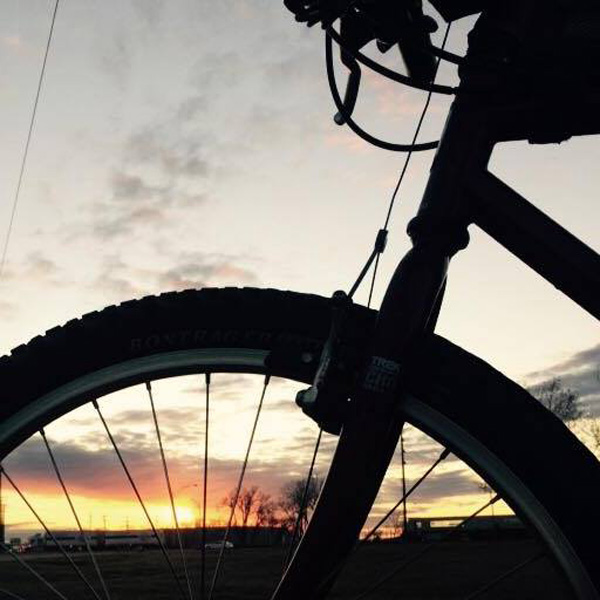 Charlie has been getting out and doing it ever since May 2, 2014 (he missed the first day of the Challenge to travel for work). As of April 3rd, his latest streak was 333 days. Depending on when you read this, it will be even longer.

Just because he has a streak going, doesn’t mean he’s excited to ride every day. Sometimes it’s more of a struggle to jump on his bike, but that feeling is soon forgotten once he starts riding. Maybe that’s because boredom isn’t a factor for him. He likes to go wherever his bike takes him?it’s a way for him to take in his surroundings and discover something new on every ride.

?When you go out riding, if you open your eyes and you look around, it’s amazing what you see,? says Charlie. 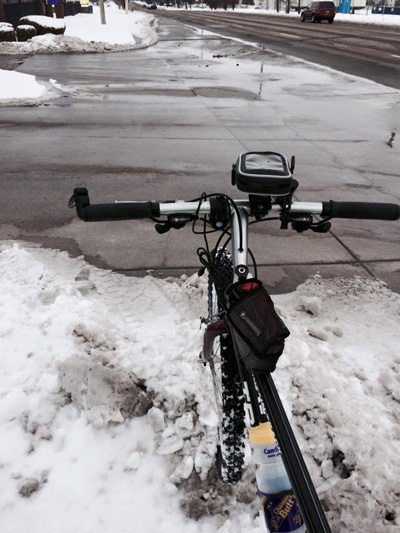 Thankfully, it’s easy to see what he sees. Charlie tries to take a picture every time he goes out for a ride.

Charlie’s goal is to get others to see the fun in riding. They might not go every day like him, but every person he encourages is another person on a bike. He even has a Facebook group dedicated to getting others to document their own streaks.

The goal of the National Bike Challenge is to get more people to ride more often, and Charlie is doing just that. Make sure to sign up and take Charlie’s lead?encourage everyone you know to participate, and who knows, you might just start a streak of your own.