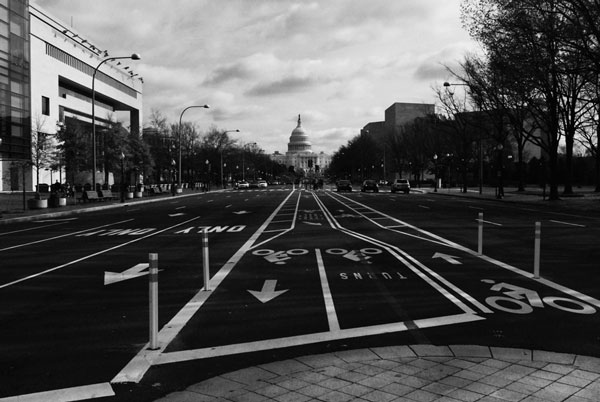 On May 1, 2017, Congress released legislation to fund the federal government through the end of the fiscal year (September 30). What does this bill mean for programs that help communities advance bicycling?

The bill includes $500 million in funding for the U.S. Department of Transportation’s TIGER discretionary grant program. This is level funding for the program as compared to the previous fiscal year. Since the creation of the TIGER program, a number of communities across the nation have sought funding to build bike infrastructure as both stand-alone projects or as parts of larger transportation projects. One example is the Indianapolis Cultural Trail, an eight-mile urban bike and pedestrian path in downtown Indianapolis, Indiana.

PeopleForBikes thanks our allies in Congress for funding the TIGER program as part of the omnibus, especially in light of President Trump’s initial fiscal year 2018 budget, in which he proposes eliminating the program entirely.

The bill also includes funding for two Department of Interior programs important to recreational riding opportunities. The omnibus funds the Land and Water Conservation Fund at $400 million, a $50 million decrease over the previous year. The Land and Water Conservation Fund provides funding for open space, parks and recreational opportunities that give people access to more and better bike riding. Finally, the bill includes $2.9 billion for the National Park Service, an $80 million increase over the previous year. Our National Parks provide some of the best places to ride a bicycle across the U.S.

The next steps for the omnibus are for both chambers of congress to pass it and for the president to sign it into law.

In a few weeks, President Trump will release his detailed fiscal year 2018 budget request for all agencies. No matter what his budget proposal includes, PeopleForBikes will be working with our allies in Congress to fund programs across the government that provide riding opportunities for everyone.