For bikers of color, the barriers go far beyond infrastructure 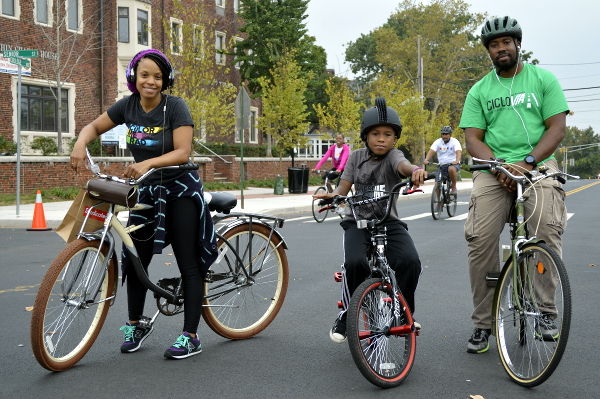 New research from New Jersey shows huge gaps in the conventional wisdom about how to make biking useful to more people.

It’s one of the most rigorous explorations of the fact that the assumptions and practices of biking advocacy have been disproportionately shaped by the white and the well-to-do.

When most cities try to make biking a bigger part of their transportation systems, they use a standard checklist: comfortable biking networks, how-to-ride classes, traffic-law enforcement. The full list is sometimes called the “Five E’s.”

A first-of-its-kind survey conducted by Rutgers academics Charles Brown and James Sinclair shows that when you look at biking from the perspective of a Black or Latino American, the Five E’s are missing a lot.

Our colleague Stefani Cox of BetterBikeShare.org collaborated with Brown to break down the findings in a four-part series that wrapped up last week.

Some aspects of biking, of course, are pretty universal. The single biggest obstacle to biking among Black and Latino New Jerseyans surveyed was fear of a traffic collision. Infrastructure like bike lanes, off-street paths and bike parking were overwhelmingly popular among those surveyed.

Moreover, people of color report barriers to biking that are discussed far less often by bike-promotion pros. After fear of traffic collision, the most common was “fear of robbery/assault,” with 30 percent listing this as a barrier. Another 20 percent listed the related “fear of being stranded,” enough for it to rank fourth.

Then there’s racial profiling, the common but unconstiutional and apparently ineffective practice of police confronting people of color at higher rates than white people. Though calls for “more traffic enforcement” have often surfaced in white-dominated biking advocacy, the issue may look different to people of color, many of whom told Brown and Sinclair that fear of being profiled by the police is a barrier to their getting on a bike.

This barrier looms especially large for Black and Latino men, one in five of whom reported that they personally had been unfairly stopped by police.

This finding echoes multiple studies suggesting that bike-related laws are enforced overwhelmingly on people of color, sometimes with violent consequences.

Cox and Brown’s series dips deeper into each of these issues and starts to explore solutions, including the relevance for people who work in bike sharing — an amenity that 85 percent of respondents of color said they were interested in but only 57 percent said they’d been aware of.

“Everything here is exciting,” Brown said in a January interview. “No one has done a study that pays this much attention to this population.”