Fort Collins: A young city beneath the Rockies gets deeper into bikes

Just getting around. Photo: Paul Dineen.

Third in a series of profiles of the Big Jump Project’s 10 focus areas.

One of the country’s bike-friendliest mid-size cities has an audacious goal: to triple biking citywide in three years, to 20 percent of trips.

The goal sounded slightly less audacious in 2014, when the goal was set. But after three years in which biking has gotten significantly safer, but not measurably more popular, the city is staring down a deadline.

As a participant in the Big Jump Project, Fort Collins has decided to focus its attention for now on the high-potential neighborhoods northwest of its downtown. 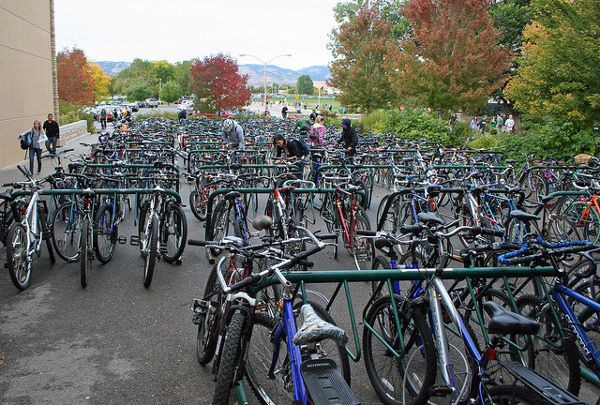 “There are parts of northwest Fort Collins — and in some cases it overlaps with the county — where there’s infrastructure that still has opportunities for making it even more accessible for pedestrians and people biking,” she said. 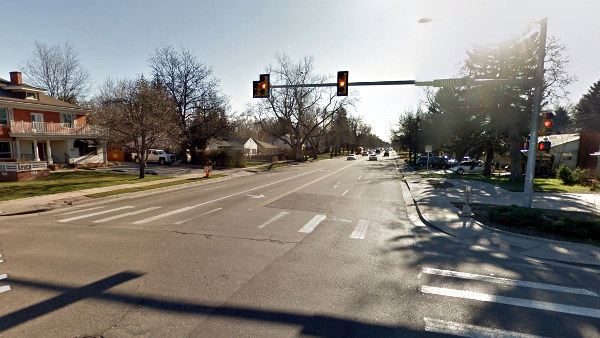 Some projects, like the east-west Pitkin Bikeway bike boulevard and a multimillion-dollar underpass at Shields and Elizabeth to be finished this fall, are already in the works. The city also expects to construct a spur off the Poudre River Trail to link directly to Lincoln Middle School, built on the outskirts of town in 1974.

In a recently built city like Fort Collins, whose population has quadrupled since 1970, one of the biggest barriers to biking may be the generally auto-oriented design of streets and buildings. That’s why it’s relevant that the city is about to kick off simultaneous updates of its land use, mass transit and transportation master plans.

The city’s goal is to coordinate all of those toward the goal of achieving citywide carbon neutrality by 2050.

But maybe more fundamentally, Greegor said, Fort Collins is investing in biking because bikes have become part of the young city’s identity and success.

“It’s become ingrained in our culture,” she said. “People are moving to Fort Collins because of the quality of life, because of the opportunities for cycling. Businesses are moving here for the same reasons. It’s kind of a positive feedback loop.”