Getting to Know the 2016 Interbike Advocacy Award Recipients

Every September, the bike industry gathers in Las Vegas for Interbike, the largest bicycle trade show in North America. One of the highlights of Interbike is the awards ceremony, where racers, bike shops, suppliers, advocates and others are recognized for their exceptional achievements. Prior to the 2016 event, PeopleForBikes was asked to select nominees for two awards: the Next Generation Award and the Leadership Award. At the ceremony on September 24, the winners were announced. 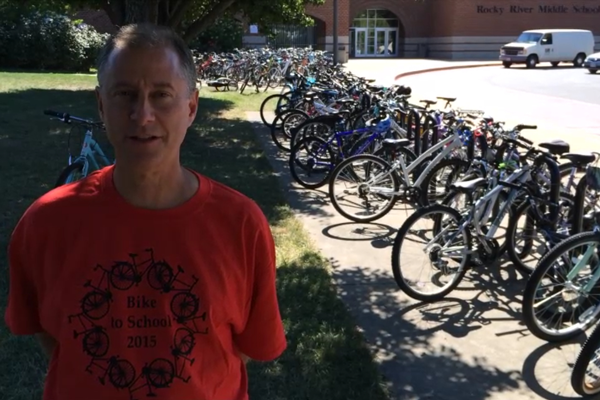 The Next Generation Award was presented to the Bike to School Challenge in Northeast Ohio. The program has been running for nearly a decade and was started by Century Cycles, which operates three stores outside Cleveland. Owner Scott Cowan explains that the program is designed to get elementary and middle school children to ride to school during a three-week period in May. Cowan says that this jumpstarts their desire to bike to school all year long. “It really sets their minds to riding,” he says, “The program happens in May, but on rainy days in fall the bike racks are still full.” Cowan has been in the bike industry for 25 years and he and the Century Cycles team view the Bike to School Challenge as an important part of the work they do. “This is something that really could be our legacy,” he explains. For Cowan, recognition at the Interbike Awards was a great honor. “This is the biggest award we’ve received.” 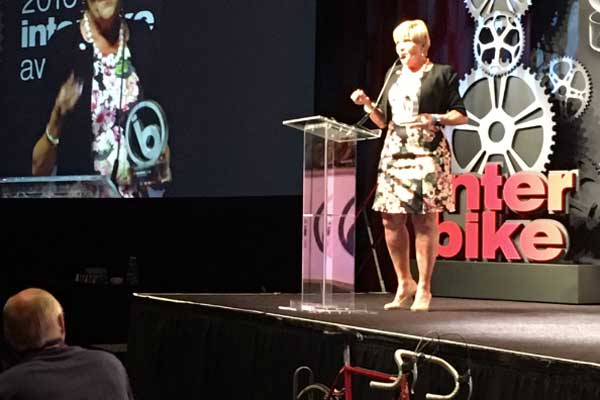 Mayor Betsy Price, of Ft. Worth, Texas, was awarded the 2016 Leadership Award. “I was truly honored to receive the Interbike award and will continue to advocate for cycling in communities across the U.S.,” she told PeopleForBikes. Recently named ‘America’s most bike-crazy mayor’ by Bicycling Magazine, Mayor Price’s goals include tripling the number of bike commuters and reducing crashes that involve bikes. With a new bike master plan and improved infrastructure, Ft. Worth is on its way to being a top bike riding city. Mayor Price also sets a personal example by riding as much as she can. “Cycling for me is one of those rare places where I can truly pause the worries of the day, get a great exercise and connect with residents,” she explains. “Plus, there is no better way to see our city, or really for that matter, any other city, than on bike.”