Is Chicago now the country’s No. 2 bike city? 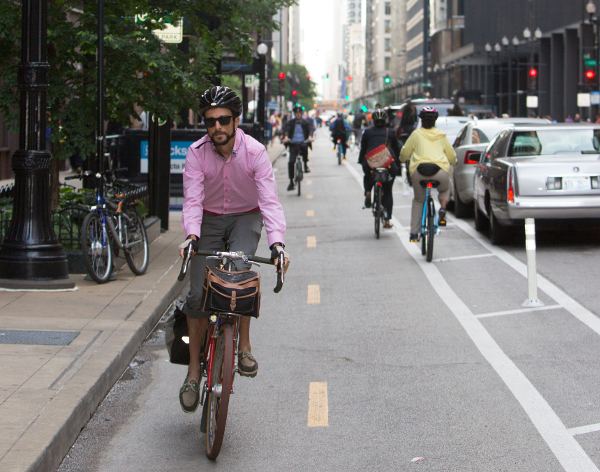 Most lists of the “best bike cities” focus on percentages: What’s the chance that a given person you meet arrived on a bicycle? The result is that we celebrate places like Davis, Calif.; Montreal, Quebec; Portland, Ore.; and, increasingly, Washington, DC.

But that way of thinking leaves out something important. It’s that really big cities have a lot more people than smaller ones.

That’s why it’s worth noting that, according to estimates released last month, in early 2012 Chicago (population 2.7 million) edged past Portland (population 600,000) to become the U.S. city with the second-most bike commuters. 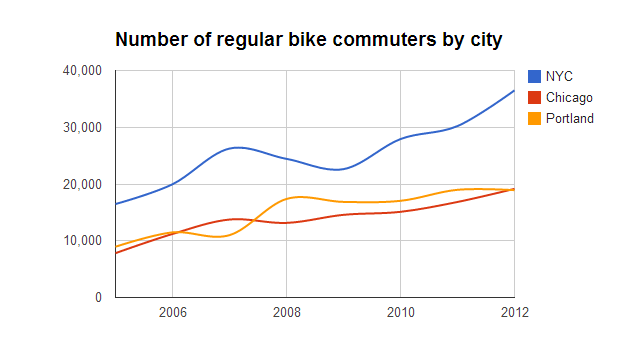 Is Chicago more bike-friendly than Portland? Of course not. But Chicago’s modest success so far in boosting biking, which seems certain to accelerate as its big investment in better bike lanes pays off, is too big to ignore:

“Moving the needle a little bit in a huge place makes a lot of difference in a macro level,” said Scott Kubly, deputy commissioner at the Chicago Department of Transportation.

Take bike sharing. The first 20,000 members of Washington D.C.’s Capital Bikeshare may have showed the country what a successful system looks like. But even if a system like Chicago’s Divvy Bikes is never as ubiquitous as D.C.’s, it’ll bring the benefits to many more. Kubly rattles off statistics.

“Bikeshare saves the typical member $850 a year in D.C.,” he said. “[Divvy has] 10,000 members already. That’s $8 million dollars a year that you’ve saved people, just in one year. We’re going to probably have 40 to 50 thousand members when it’s all said and done. … That far outweighs anything that we’re spending on the infrastructure.”

Chicago and New York would have a long way to go before becoming the country’s best cities to bike in. But the country’s most important cities to the future of biking? They’re already there.