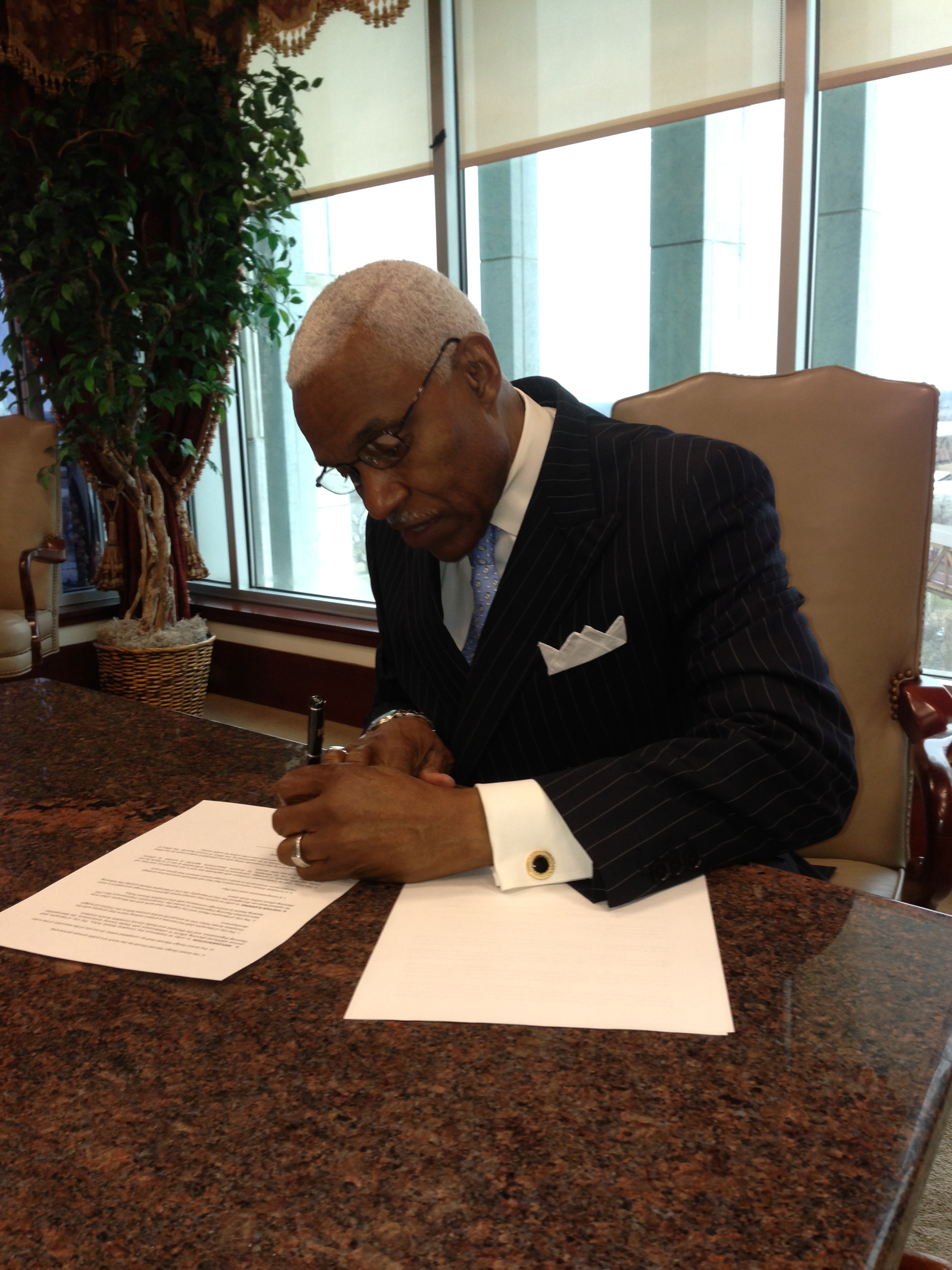 And while the move signals a major shift towards comprehensive street design for Memphis, Complete Streets policies are not new.

Arguably, Oregon became the first state to pass a complete streets policy in 1971 when the state government required new roadways to provide accommodations for bicycle riders and pedestrians.   But in the past two years, the United States has witnessed a meteoric rise in Complete Streets policies.

According to Smart Growth America’s Complete Streets Atlas, “In 2012 alone, over 110 jurisdictions adopted a policy, building on the 140 that committed to Complete Streets in 2011. In total, 448 regional and local jurisdictions, 27 states, the Commonwealth of Puerto Rico, and the District of Columbia have adopted policies or have made written commitment to do so.”  In Tennessee, government and advocates are working closely to make it easy and safe for people to walk and bike.

Last fall, Smart Growth America teamed up with the Tennessee Department of Transportation (TDOT) to re-envision transportation across the state.  Their collaboration produced a report entitled Removing Barriers to Smarter Transportation Investments, which highlighted the economic returns of transportation investments in walking, biking and transit projects. 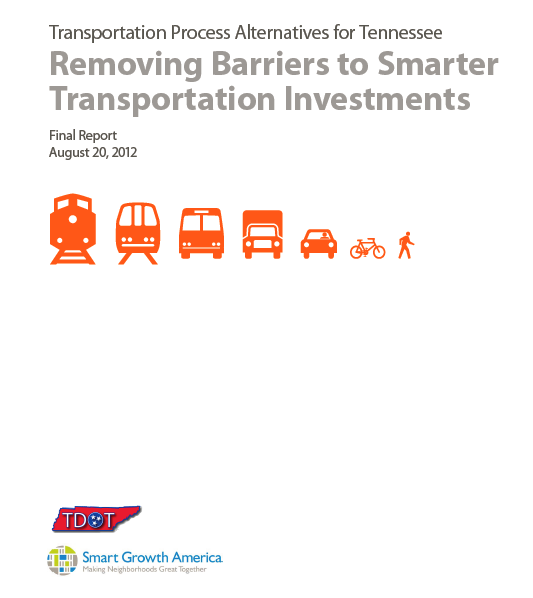 Trip Pollard and Anne Davis of the Southern Environmental Law Center said “the efforts of [TDOT] Commissioner Schroer and others offer an exciting new direction, and it will be a significant step forward if these recommendations are fully implemented. Tennessee would become a national leader in improving the efficiency and effectiveness of its transportation system.?

Memphis has quickly become a municipal leader among Tennessee cities, rethinking its transportation policies to focus more on providing safe places for people to walk and bike.  Among the opportunities afforded Memphis by its new Complete Streets focus is the chance to create a design guide that will provide public works, engineering, and a host of other divisions with brand new street design guidelines.

Put simply, Memphis will establish an entirely new blueprint to guide the creation of city streets, producing a document similar in scope to the City of Chicago’s bikeway design guide.

The Executive Order comes at an ideal time for Memphis, as the city is positioned to develop a design guide that will stand among the most innovative in the country.

In addition to being a member-city of the Green Lane Project, Memphis has been a member-city of the North American City Transportation Officials (NACTO) since 2011.  Much like the Green Lane Project, NACTO has connected Memphis to a national network of transportation officials who are on the leading edge of building great places for people to walk and bike. 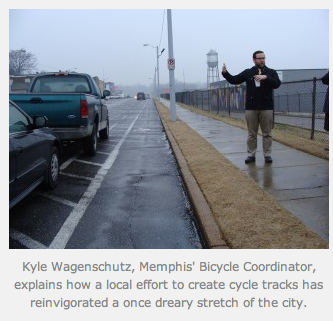 NACTO engineers and city planners from Indianapolis, Austin, and New York City visited Memphis for a workshop in January of this year where Memphis Bike-Ped Coordinator Kyle Wagenschutz introduced them to the Overton Broad Connector Green Lane Project.  The group also workshopped a number of upcoming projects in Memphis, sometimes improving and other times affirming the city’s new roadway designs.

Nationally, NACTO made a major contribution through the Urban Bikeway Design Guide.   While some engineers across the United States have been willing to build Green Lanes, a lack of federal standards for such roadway design have hamstrung these engineers in their efforts to build a better bike lane. The technical guidance In NACTO’s Urban Bikeway Design Guide has offered engineers the credible standards needed to build Green Lanes and bicycle boulevards, and re-design intersections to be safer for people on bikes.

In an award winning campaign this past year, Georgia Bikes worked with the Georgia Department of Transportation (GDOT) to pass a statewide complete streets policy that included recommendations from NACTO’s Urban Bikeway Design Guide.

In Memphis, Wagenschutz is hopeful that many of the designs in the Bikeway Design Guide will end up in Memphis’ New Complete Streets’ Design Manual, a step that might lead the City of Memphis to build Green Lanes as a matter of standard municipal policy.