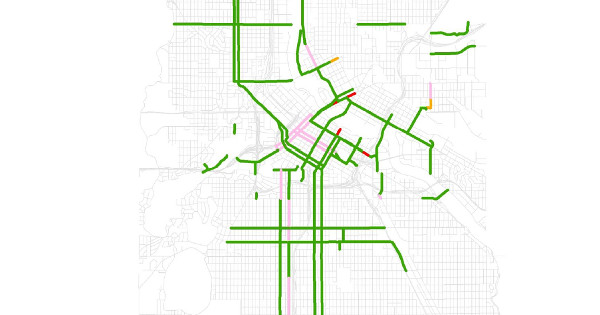 Minneapolis is getting well-earned praise from around the world this week for drafting one of the boldest short-term bike proposals in the country: 30 or more miles of newly protected bikeways as soon as 2020.

Yet again, MPLS killing it “Minneapolis Sets to Build 30 Miles of Protected Bike Lanes By 2020” http://t.co/G2da6D5KA4 via @StreetsblogUSA

Anyone in Minneapolis hiring? http://t.co/fbUn0HMXp1

It’s a mark of success for the Twin Cities’ remarkable Bikeways for Everyone campaign, which is staffed by the local bike advocacy group, gets core funding from Blue Cross and Blue Shield of Minnesota, and keeps a laser focus on serving the bike users of tomorrow rather than just the ones of today.

Among the since widely imitated tricks pioneered by Bikeways for Everyone: demoing a simple protected bike lane at an open streets event … and then collecting the signature of every smiling person who used it.

But as several sharp-eyed folks have pointed out, the most progressive thing about Minneapolis’ proposal, which would actually be an update to its existing bike plan, might not be that it’s calling for protected bike lanes. It’s that it’s not calling for additional investment in what some biking experts have been referring to as “1990s technology”: painted bike lanes.

Painted bike lanes are far better to bike in than nothing, and Minneapolis’s master bike plan will still call for installing many more of them. But about 50 years after painted bike lanes came to the United States, there’s no arguing with the numbers. White stripes just aren’t comfortable enough to make bike transportation relevant to more than a sliver of the population. 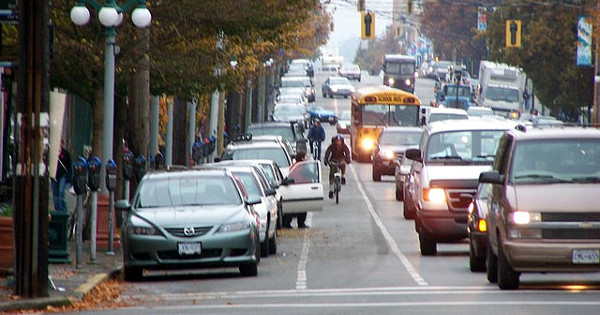 That’s the hard fact called out last year by Los Angeles Times columnist Steve Lopez, who said his city should be aiming to have far more than 1 in 20 Angelenos commuting by bike.

“Five percent isn’t a big enough target, and the bicycle plan isn’t grand enough,” Lopez wrote at the time. “We need more than painted white lines on the road and the rare buffer. … We need fully protected bikeways, so people of all ages can go for a ride without fear of getting hit by a bus.”

Painted lanes have a place. But when city leaders make the case that genuinely valuable resources like on-street auto parking should be swapped out, they should try to offer something in return that’s useful to more than a handful of their constituents. That’s what protected lanes do — and that’s what Minneapolis’ leaders just did.