Not ‘cars vs bikes’ but ‘people for people’: One city leader’s manifesto for better streets 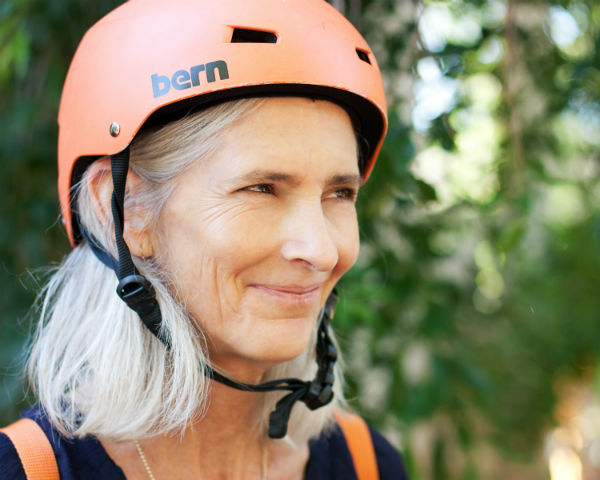 This thoughtful guest post is from City Councillor Jan Deveroux of Cambridge, Mass. Thanks for getting in touch, councillor!

After 48 hours in Madison, Wisconsin last week for the first-ever PlacesForBikes conference, I would like to share some of what I took away. Organized by PeopleForBikes, the conference brought together almost 300 people united in their determination to change the conversation about future of multi-modal transportation and the role bikes can play in improving our lives. 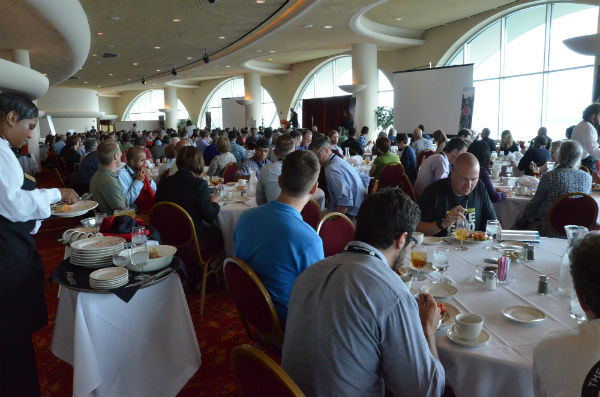 Van Jones gives the lunchtime keynote at the 2017 PlacesForBikes conference.

My biggest takeaway: “It’s not about the bike.” This conference mantra was attributed to Roger Geller, Portland’s visionary bicycle planner. (Read an interview with Geller to get a sense of why Portland is consistently rated one of the nation’s top cities for cycling.)

So if a bike conference is not about two wheels versus four, then what is it about?

It’s about economic development and, especially for low-income communities that may not have good access to public transit or who live in food deserts, it’s about connectivity to jobs and markets. As one speaker from Indianapolis noted about his community’s experience, bikes created a “yellow brick road” to economic opportunity. The U.S. bike industry itself is large ($88 billion in annual revenue) and is already a major employer (780,000 jobs in the United States), bringing in $12 billion in state and local taxes. Business districts that are connected to a network of bike paths see their sales grow, and bike stores and repair shops are a bright spot in an otherwise cloudy retail market. Bike paths and bike shares boost tourism and help recruit talent to local employers. This is a message that should resonate even in auto-centric America: promoting biking can both earn and save us money. 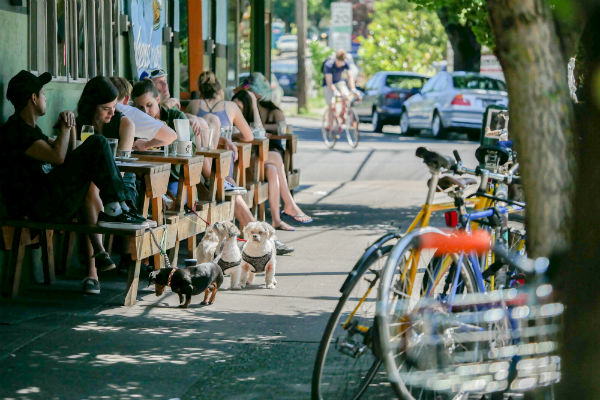 It’s about reducing congestion. Since 1970, vehicle-miles traveled have increased 131 percent and the number of registered vehicles is up 90 percent, but mileage of roads has only increased 6 percent, and for good reason: roads are hugely expensive, especially when they take up space that could be used for other activity. Our road system is at or over capacity in most places, and we cannot afford to build and maintain the roads to support the current level of driving, much less accommodate future growth, without significant shifts away from car use.

It’s about our health. Active transportation can help combat the obesity epidemic and reduce health-care costs, which are growing at unsustainable rates. Improving air quality will also reduce the prevalence of childhood asthma, which disproportionately affects low-income urban youth. PeopleforBikes has helped promote Safe Routes to Schools and the Green Lane Project to encourage more families to bike. Habits formed at a young age stick with us.

It’s about our safety. Streets designed to be safer for biking are safer for walking and driving, too. Cities that are more walkable and bikeable are more livable and more desirable.

Finally, it should go without saying, it’s about our environment. Shifting more trips to non-car transportation is essential to reducing CO2 emissions and putting the brakes on climate change — before our bikes need to be equipped with pontoons.

In all these respects, bikes are a means to an end: a relatively inexpensive, low-tech mode that can help save us from ourselves.

And, no doubt about it, we need to change both our attitudes and habits to save ourselves and future generations. Our over-dependence, some might say addiction, to owning and over-using cars has created a classic tragedy of the commons. Even if the entire auto fleet was converted from gas to electric, with the corresponding reduction in CO2 and improvement in air quality, there still would not be enough room on our city streets for everyone to drive and park a personal car, let alone two. Increased use of car-sharing services and the introduction of shared autonomous vehicles will help somewhat, but our current mode share is unsustainable no matter who’s behind the wheel or what’s in the tank. Bike-sharing systems and electric bikes will also make it easier for more people to choose cycling over other modes for both short and long distances. But this isn’t only a technology or infrastructure challenge; it’s a test of our political will and our willingness to act beyond individual self-interest. 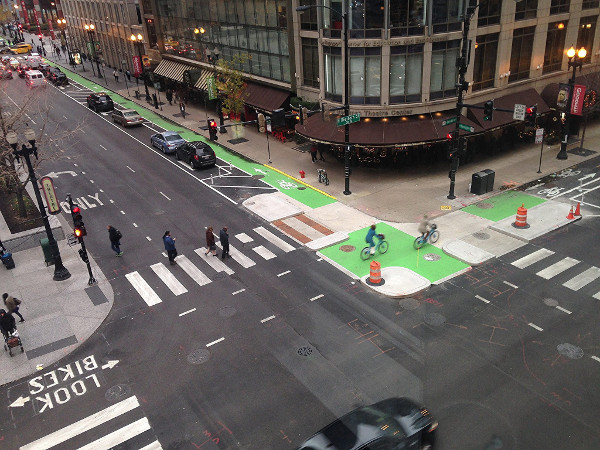 What will get more people onto bikes and out of cars more of the time? Creating a network of protected lanes can produce the “Big Jump” in ridership that PeopleForBikes is championing in 10 diverse cities including Los Angeles, Baltimore, Memphis, New Orleans and Providence. Their research shows that of 60% of people would bike if it felt safer, and that over 80% of this group are waiting for protected lanes or off-street paths to feel safe enough to make the shift. This makes a strong case for “if we build it they will come.”

So, what are we waiting for? Change is hard and there will be hiccups along the way, but we must reframe the narrative from “cars versus bikes” to “people for people.” It’s time to stop blaming each other for a transportation system that is failing us all — and work together to build a mobility network that reflects our city’s common values, street by street and block by block.