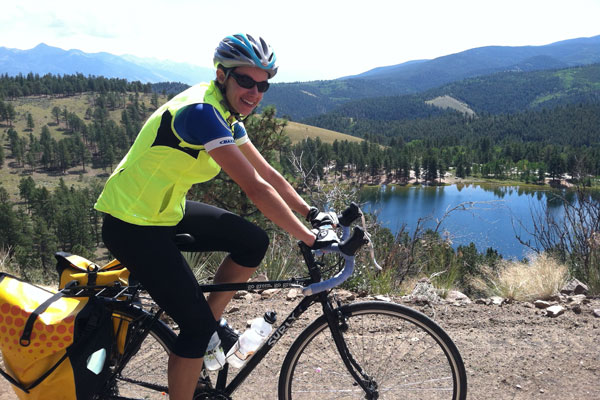 Tessa Greegor is Bikes Program Manager in Fort Collins, Colorado. Sixty-five miles north of Denver, with a population of 161,000, Fort Collins is home to Colorado State University and is the fourth most populous city in the state. Greegor was getting her bachelor’s degree in Environmental Studies when she became interested in designing communitiies to be sustainable and healthy. She pursued a master’s degree in Urban Planning at the University of Washington, during which time she had the opportunity to research bicycle safety. That led her to a position with Cascade Bicycle Club as their planner in the Advocacy Department. After five years there she moved to Fort Collins, one of PeopleForBikes’ 10 focus areas for our Bike Jump Project, for the position she has today. This interview is the first in a two-part series to get a window into the world of city bicycle coordinators. (For more on bike riding in Fort Collins, click here.)

I am fortunate to have a job that allows me to work every day on different initiatives that aim to make bicycling more accessible to people across our community. My work varies and brings new challenges each day, ranging from being out in the community talking to people about bike safety and upcoming projects, to working on bicycle infrastructure project designs, to planning bike share and wayfinding locations, to working with community partners on different bike initiatives and events like Open Streets.

How do you measure success?

It’s not only about how many people are participating in events or bicycling along a new bike lane, but also who we are reaching and how. For example, are we reaching more families, youth and underserved residents through our programs and projects? Are we fostering social connections through events like Open Streets? Are we creating new connections with untraditional partners to expand our reach? Are we making progress in the evolution of bicycle infrastructure design both internally and externally? 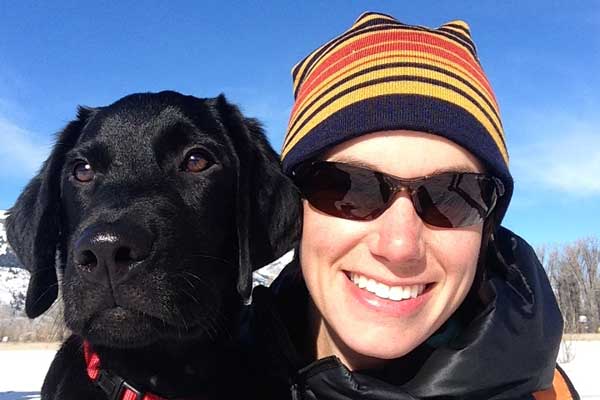 How does something go from an idea or suggestion to an on-the-ground solution?

In some cases, an idea could become a reality in a couple days, and in other cases, it may go through a more traditional planning and Council adoption process. For example, we could receive an email from a citizen noting a challenging intersection, which would prompt the City to evaluate the location. If changes are warranted and feasible, our Traffic Operations Department could go out and fix the striping that week. Another example?we are always looking to leverage existing projects and programs in order to advance our bicycle network plan. As part of our Street Maintenance Program, we review all the repaving locations for opportunities to create better bike connections. In some cases, this may result in new buffered bike lanes or a street rightsizing project, all of which could become reality quickly.

While I’ve experienced various challenges over the course of my career, I think my biggest challenge is currently unfolding in Fort Collins. We are a rapidly growing community and it’s going to be critical to keep active transportation options at the core of how grow if we want to maintain and improve the ability for people to safely and comfortably walk and bike. 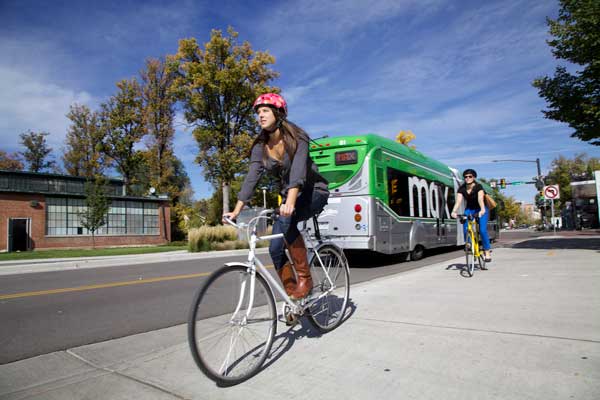 What’s been your greatest professional success so far?

One thing I’m proud of is the team we’ve built at FC Bikes. We’ve managed to get local funding to support three staff positions. Hiring the right people who are dedicated, focused on leadership, and innovative has allowed FC Bikes to be driving change on a national level. A great example of this is our recently developed Bicycle Friendly Driver Program. I’m also proud of our Bicycle Master Plan.

Where would you like biking in your city to be in five years?

Five years from now we will have reached our 2020 goals, where one in five people will choose to travel by bike and our crash numbers will be lower than today. More importantly, people across the community will feel like bicycling is the preferred option to get to where they want to go. Regardless of neighborhood, people will have access to a comfortable route and a connected network.

Why is a position like yours important and necessary?

A Bicycle Program and/or dedicated staff position within a municipal government is critical to build support, capacity, and resources both internally and externally for non-motorized transportation. Fort Collins made a commitment in the 90’s to fund a bicycle coordinator position, which paved the way for what is now one of the most bicycle-friendly and bicycle-conscious communities in the country. People and businesses move to Fort Collins for its bicycle culture, and while there are many organizations and businesses that play a role in that, having a dedicated city program has been instrumental to keeping bicycling at the forefront of decision-making.