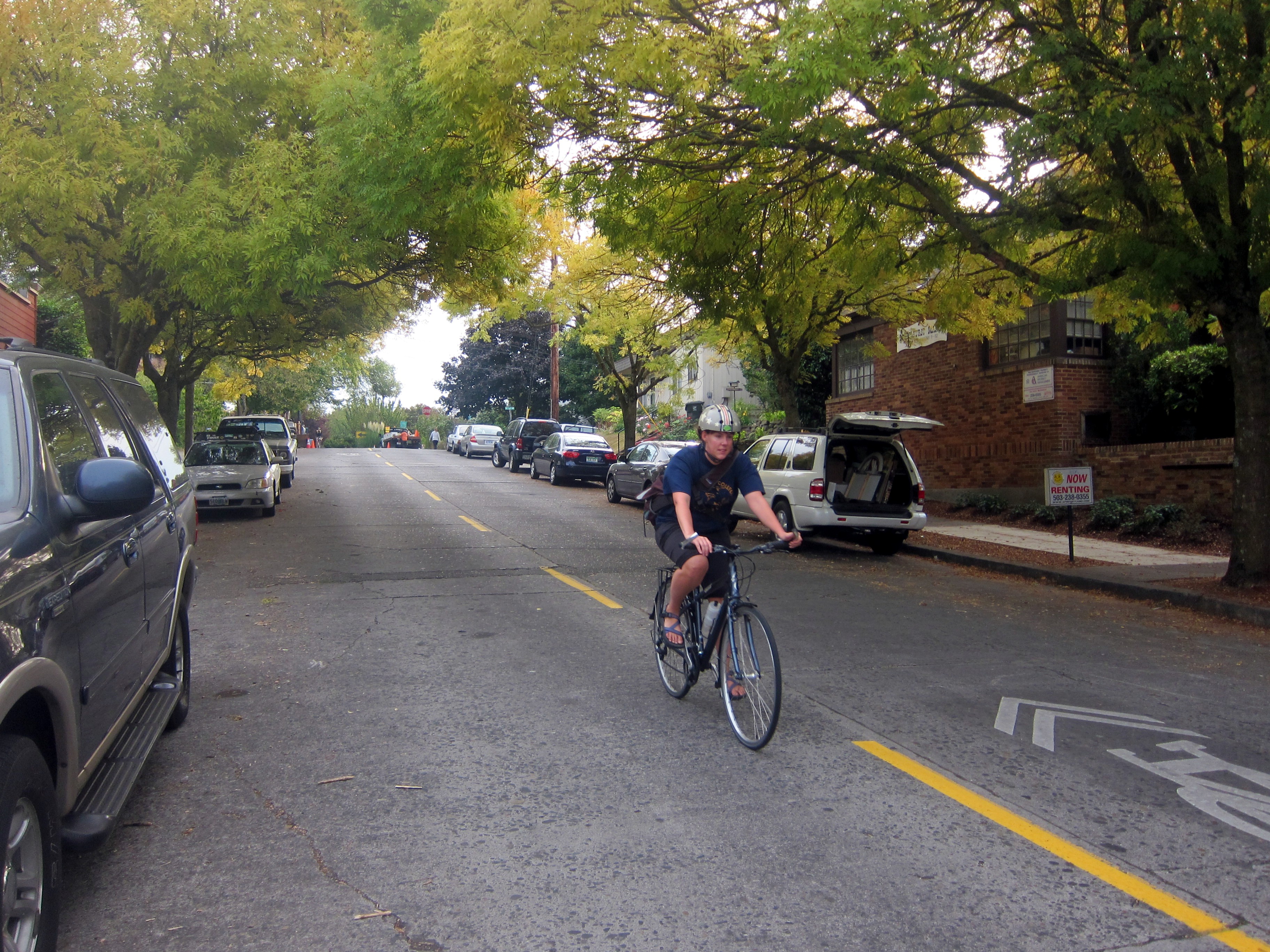 <pPart of a two-post series about neighborhood greenways. Yesterday: Should greenways count as quality bikeways? Today: Wisdom from Portland for building great greenways.</p

Making a low-quality bike lane is simple: paint a white line five feet from the curb of a busy street.

Low-quality neighborhood greenways are simple, too: find a quiet residential road, post a bunch of signs that say “bike route,” and call it good.

But a good greenway, like a good bike lane, takes both work and wisdom. If neighborhood greenways deserve to be recognized as first-class bike infrastructure, the U.S. bike planning community will first have to embrace a high standard for what “neighborhood greenway” means. As discussed in yesterday’s post, Portland’s fully built greenways have five things in common:

As other U.S. cities look for ways to build their own system of low-traffic, bike-friendly residential streets, I asked the city’s two most seasoned greenway specialists, Mark Lear and Greg Raisman, for advice on how it’s done. Since 2009, Lear and Raisman’s four-person team has doubled Portland’s stock of greenways, to 60 miles, with another 40 miles funded for the years to come. By 2015, 80 percent of Portlanders will live within half a mile of a greenway.

Here’s my take on what Raisman and Lear said they’ve learned. 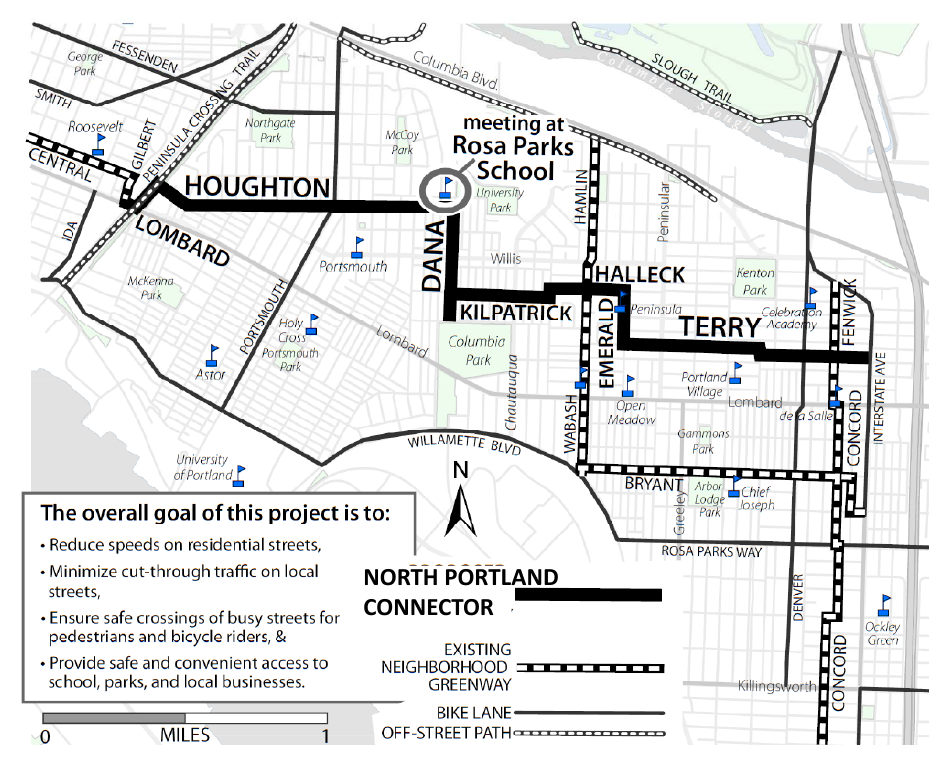 1) Make the process quick and simple. Each winter, the Portland team targets six to eight corridors as future greenways. For each project, they schedule two open houses. The first presents options for minor route variations; the second, one month later, lays out the plan. Both open houses are advertised with a single mailer to every house within about five blocks of the greenway.

Speed humps, which in Portland cost about $2,500 each, appear within months. Major crossing improvements, which typically account for about 55 percent of Portland’s greenway budget, are finished by the following summer.

Portland once called these low-traffic streets “bike boulevards.” It rebranded them as “neighborhood greenways” for the sake of politics as well as accuracy.

3) Plan your network around major street crossings. Major crossings are the hardest part of any greenway project, Raisman said — and greenways aren’t cheap if every major street requires a new signal. Lear said the team looks for existing medians, traffic diverters, half-signals and pedestrian bridges when planning its routes. Some zigs and zags for this purpose are acceptable, they said.

For Raisman, this practice captures perhaps the best argument for greenways: they’re an efficient way to use the country’s existing infrastructure for a bike-friendly purpose.

“We look to European cities a lot, and they’re places that were built in a different time in a different way,” Raisman said. “In American cities, we have a lot more miles of residential streets. Seventy percent of roads in Portland are residential. So we have this massive inventory — this massive resource. This is responding to what our resources are.”

For advice about greenways directly from Raisman and Lear, check out this video from their visit to Seattle: