Put a bike on it 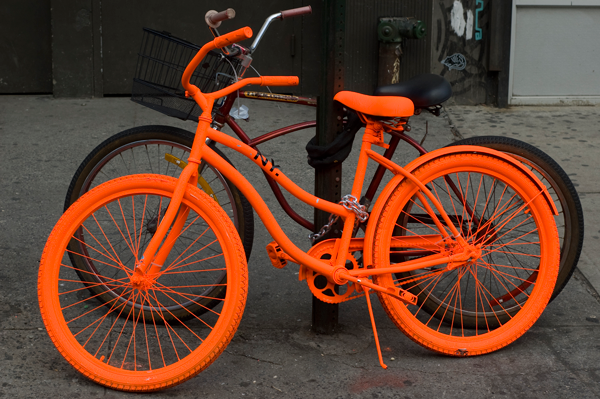 Freedom. Independence. Mobility. Innovation. Utility. Joy. People who ride bikes know this is only a sampling of the many positive and aspirational values that bicycles embody. Advertisers know this too and have a long history of using the bicycle’s symbolic flexibility to sell just about anything. Here’s a look at a few ideas our favorite two-wheeled machine has been associated with over the years.

In the early 2000s, Alabama’s Regions Bank launched a comprehensive rebranding campaign with a green cruiser at its center. Regions explained how they saw the bike as a way to “humanize” their banking and financial products and reinforce their reputation as a friendly place to bank: the bike was a symbol of simplicity that assured customers they were in good hands navigating the often complex banking landscape. Banking with Regions would be “as easy as riding a bike.”

Cigarette ads are banned today, for good reason, but you can’t help but appreciate this 1971 ad from Kool. The tandem bike leans prominently in background, suggesting this couple has a true partnership, working together to enjoy a long ride and a relaxing break.

Bicycles do occasionally play the antagonist in ads. In another treasure from the vaults, this ad appeals to the household on a budget. Health-Tex clothes, it says, are an affordable value that will endure the most active young child’s hard play.

And yes, bikes can even sell cars. Here, Audi imbues one of its cars with the agility and toughness of a mountain bike, to breathtaking effect.

There you have it. From baby clothes to premium automobiles, bicycles really can sell just about anything.