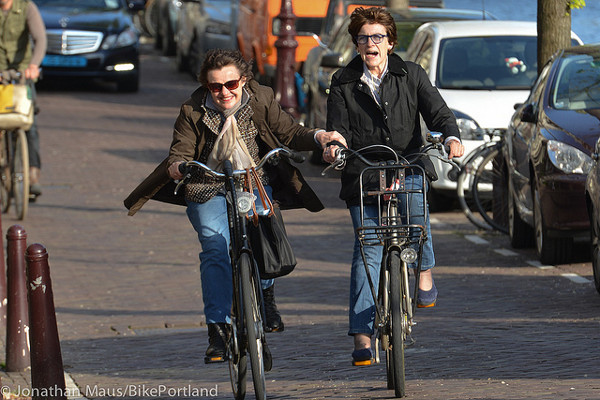 It’s not about the bike.

When U.S. city officials visit the cities of Northern Europe with PeopleForBikes, the sheer volume of ordinary people going about their lives on bikes is captivating. But it’s not the quantity of bicycles that makes us look to Northern Europe for inspiration. It’s the quality of the cities.

The places in American cities where people want to be the most are, naturally, crowded. The challenge is how to fit more people — but not necessarily more cars — into tight quarters. Northern Europe’s thriving cities demonstrate simple spatial logic: you can fit a lot more customers, employees, residents and visitors in your city’s most desirable places if they arrive on foot or on a bike than in a car. 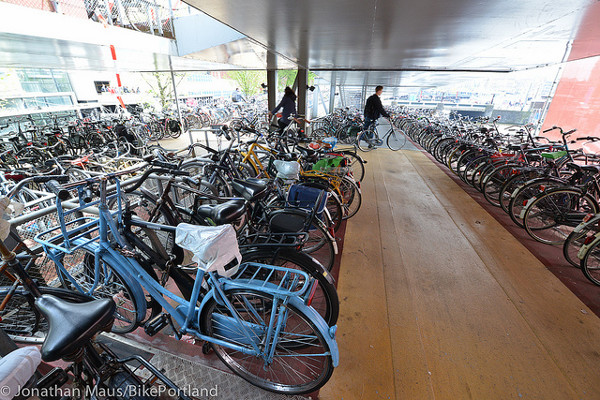 Building the infrastructure like protected bike lanes, slow-speed neighborhood streets, and bike share kiosks is a fast track to getting more people on bikes. But the rewards of those investments aren’t fully realized until bikes are a part of a comprehensive multi-modal system. Biking, walking, and public transport create a powerful combination much greater than the sum of their parts; a mobility triad that optimizes the relative advantages of each for convenience, value and accessibility. 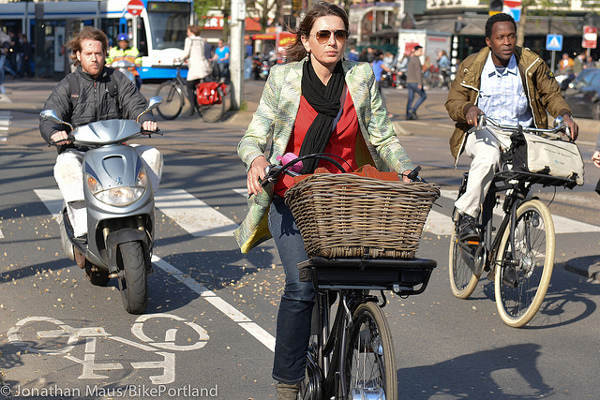 People on bikes support small-scale, neighborhood shops; exactly the type of business activity that encourages entrepreneurship and keeps tax revenue and profits in the local economy. Studies show people on bikes shop more frequently and closer to home, rather than making less frequent trips to far-flung big-box stores. Retailers are beginning to embrace another self-evident truth: wallets passing by a storefront at walking or bicycling speed are more likely to notice what’s for sale behind the windows  and spontaneously stop than wallets passing by at 35 mph. 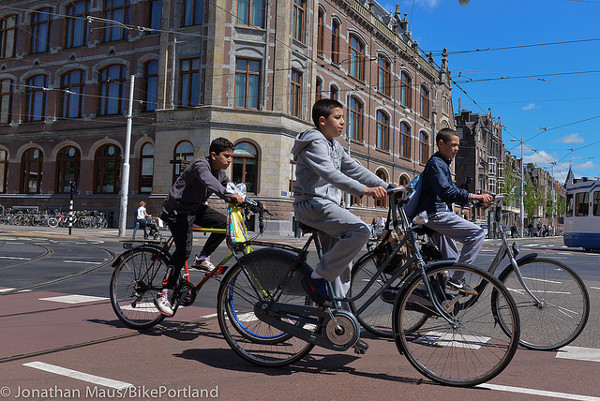 Bikes provide low-cost transportation that can increase range and access to jobs and opportunity for all people. It’s no coincidence that countries like Denmark and the Netherlands, with the world’s highest rates of bicycle use, are among the most egalitarian and prosperous in the world.

Return to the human scale 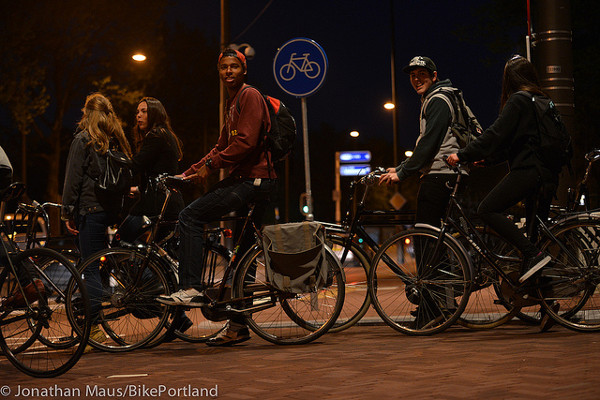 For most of human history, cities were full of people, not cars, engaging in economic, social and cultural exchanges. Bikes bring something less tangible but equally valuable back to the city: humanity. Every person that passes by on a bike is an opportunity to recognize a neighbor, friend or co-worker; a chance for spontaneous social exchanges that make a big city feel like a home.