The country’s newest biking boomtown, New Orleans, looks to the next level 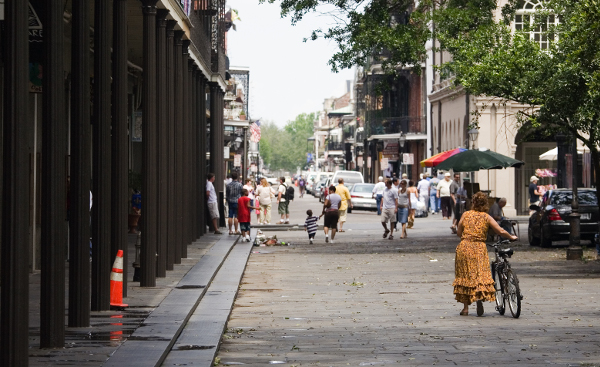 Seventh in a series of profiles of the Big Jump Project’s 10 focus areas.

Some cities work for many years to do what New Orleans has done since 2012.

Almost without the rest of the country noticing, the Big Easy has rapidly become one of the nation’s leading cities for bike transportation. About one in 30 local residents now gets to work by bike, double the rate from 2007 and sixth highest rate among large U.S. cities, right between Seattle and Oakland.

The city’s new goal is to double its biking rate again over the next three years — in the central neighborhoods where 10 percent or more of residents already bike to work. 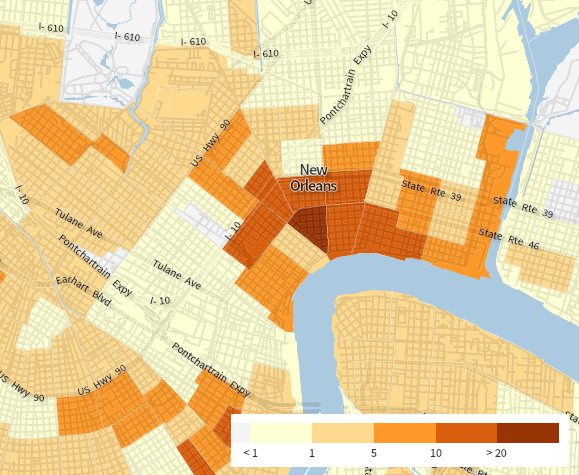 New Orleans has been a late bloomer on bike infrastructure. It started striping bike lanes as part of routine road maintenance around 2010. But city active transportation project manager Jennifer Ruley said many New Orleanians have been biking since long before their streets got stripes.

“Even if you look back at our historical commute data, New Orleans has always had a higher than the national average commute to work by bike,” Ruley said. “We’re kind of the opposite of many cities that invested heavily in bike infrastructure and then saw that growth happen.”

Now, for the first time, the city is planning to focus deliberately on a connected all-ages network through an area where many people are already biking. It’d give the city one of the country’s first well-connected low-stress biking networks. 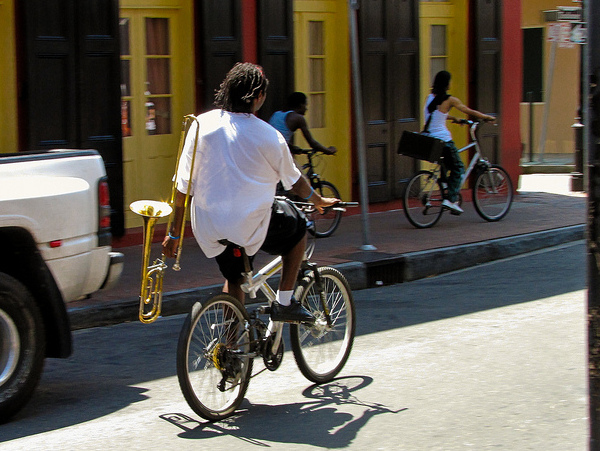 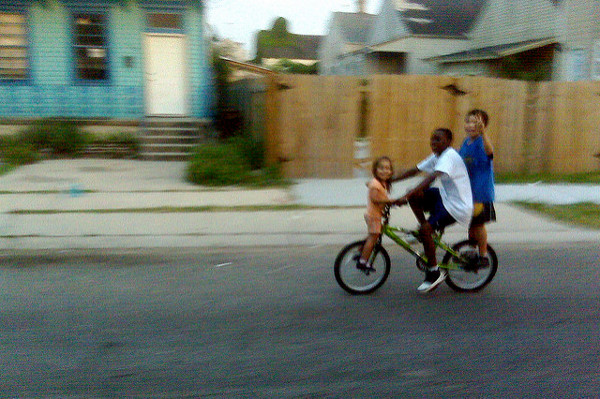 One key constituency for better and safer bike infrastructure: the thousands of workers in New Orleans’ world-famous hospitality and entertainment industries, anchored in and around the French Quarter.

“You can look in the parking garage of any major hotel downtown and you will see a number of bikes,” Ruley said. “Most of those bikes are employees’.”

With downtown street parking prices of $3 per hour, New Orleans has by far the most expensive auto parking in the Southeast, and no intention of changing that by knocking down the colonial-era buildings that have created an international tourist destination.

Tourists themselves also have plenty of biking potential. A 700-bicycle sharing system is set to launch this fall. By helping connect some of its millions of visitors with bikes, and then building comfortable bikeways to elsewhere, the city is hoping to give them — and their $7 billion in annual spending — rewarding experiences.

“When they come in New Orleans, they’re going to be traveling primarily in the focus area,” said Ruley. “And hopefully we can get people to explore more outside that focus area as well.” 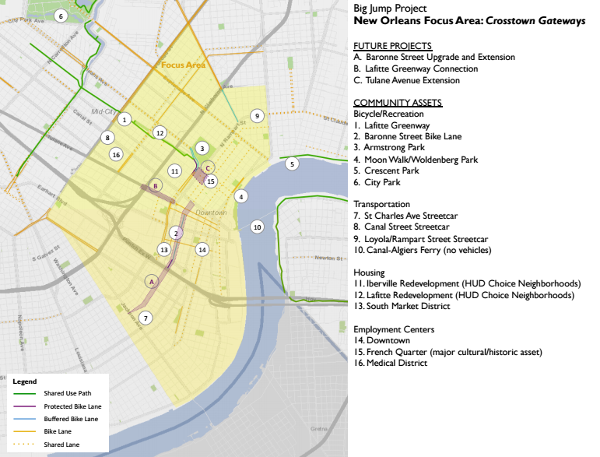 Southwest of the French Quarter is the city’s central business district, with tens of thousands more jobs. Ringing the two areas are two freeways, U.S. 90 and Interstate 10, and a series of relatively dense, often disinvested mixed-use neighborhoods like Treme’:

or the lower Garden District: 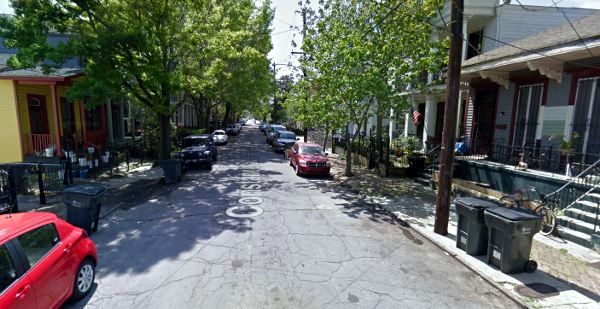 Then there are major auto-oriented arterials like Tulane Avenue, home to a Veterans Administration hospital, Louisiana State University Medical Center and an unusual mix of glitter and clapboard. The combination is luring small retailers: a craft beer shop, a Vietnamese cafe.

This is the edge New Orleans is balancing on right now: the benefits of investment, the costs of displacement.

Whatever may happen to that balance in the coming years, more New Orleanians seem likely to be rolling forward on bicycles.

“I just had someone come in yesterday,” Ruley said, “and ask if he could get a bunch of new bike racks at his distillery.”