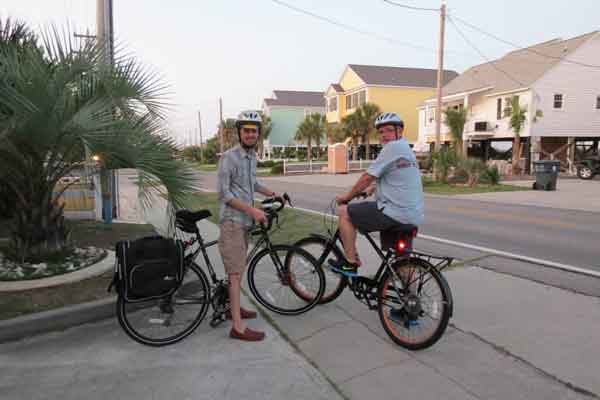 In 2012, the South Carolina Department of Transportation (SCDOT) agreed to paint bike lanes in the tiny Appalachian town of West Pelzer (population: 880) as part of a repaving project. The two miles of striping touched off what can only be called a virtuous cycle.

Mayor Blake Sanders says the new bike lane on Main Street quickly encouraged residents to get biking—and more. “With the lane came people using it as a buffer against the sidewalk, so more people were walking to the park and the central business district,” he says. Sanders credits the new streetlife with invigorating the town’s downtown, which has since seen the arrival of a new restaurant, ice cream shop and food truck. It has also helped increase support for the town’s renovation of an old hardware store into a new municipal center.

That SCDOT painted the lanes at all owes much to Sanders’ forward-thinking opportunism. “SCDOT were repaving our main street, and we had a conversation about adding bike lanes. They were very open and went ahead and did it free of charge,” Sanders says. “The bike lanes really set the precedent for what we were looking for: to be a progressive community.” 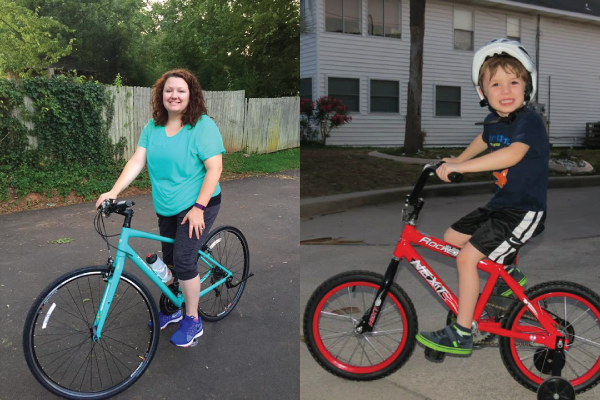 Ashley and Lane Sanders with their bikes

Sanders and his family are a portrait of the lanes’ transformative potential. After the lanes went in, Ashley Sanders, his wife, bought him a new bike for his thirtieth birthday. Then, for their son Lane’s fourth birthday that same year, the family bought him a bike too. Things soon got intergenerational: the family bought Blake’s father, Rick, a bike for his fiftieth birthday and after a couple of years, Sanders’ mother, Denise, wanted in on the fun. She said, “I need a bike, too.’ So we bought them a tandem,” Sanders says.

“You have a bike and you have a bike and my brother has a bike,” is how Sanders recalls daughter Gracie demanding inclusion. Today, Gracie rides alongside her older brother and grandpa to the town’s park—just one trip the family might have previously made by car. Finally, Ashley declared, “I don’t want to be left out of this.” So last year the family bought her a new bike for her thirty-second birthday.

“For my family, the bicycle lanes on Main Street have transformed three generations to not be car-dependent,” Sanders says. “I’m proud to be mayor of a town that understands that bicycle infrastructure is important, even to the smallest of communities.”