The golden age of public outreach is here, and it’s going to be fun

As protected bike lanes have spread, they’ve created an exciting new era for American traffic engineers, who are once again getting the chance to solve new and interesting problems on our streets.

But they’re also creating a new golden age for another important but unsung civil servant: the public outreach specialist.

Here’s the latest evidence, from Delaware: next week, a team of city workers in the university town of Newark are going to test a protected bike lane concept by installing it for exactly one hour and getting volunteers to try it out.

It’s a simple, practical idea. But if you’ve been watching closely, you’ll also recognize this as part of a big change that’s sweeping through the profession of transportation planning.

If you were into computer software, you might say we’re now in the age of the public beta.

Urban planning as we now know it emerged from a very different era, when renderings of our most important infrastructure projects looked more like this: 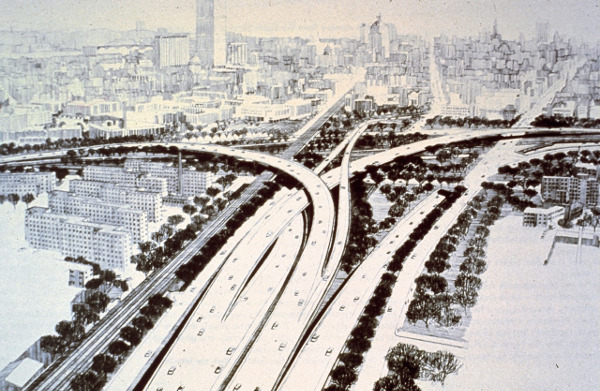 The never-built I-95/695 interchange in Roxbury, Mass. Via Hyperreal Cartography. 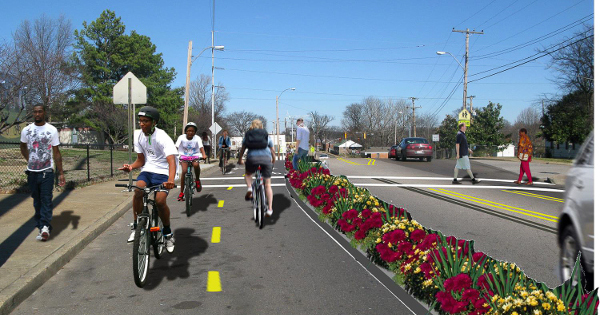 The soon-to-be-finished Hampline in Memphis, Tenn. Via Alta Planning + Design.

When you’re building freeways, adding turn lanes and bulldozing neighborhoods, public outreach is essential. It’s also subject to a lot of constraints — there’s no room to screw up, so all the planning has to happen first. You can’t beta-test a freeway.

In the modern age of bike and pedestrian infrastructure, that’s changed completely. On-street testing can be built right into the public process.

Here are a few other examples we’ve seen recently:

In an earlier era, it’d be unthinkable to plan a city by knocking down houses first and asking questions later. But when you’re doing biking and walking projects, doing work on the street early in your process isn’t a way to avoid public engagement. It’s a way to dramatically improve it.