The recipe for a world-class bicycling network 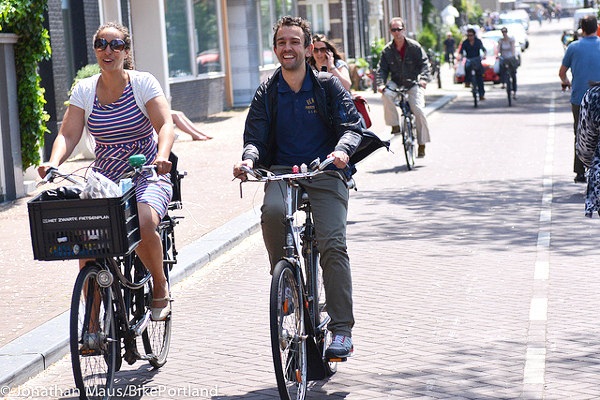 Getting around in Amsterdam. Photo: Jonathan Maus.

When it comes to making the bike a safe and comfortable choice for everyday transportation, no place on the planet has had more success than the Netherlands.

There are a lot of reasons why the Dutch are world leaders in getting people on bikes for everyday trips. The history, cultural context and political decisions that led to bicycling being a rational and mainstream mode of transport in the Netherlands offer many relevant lessons for American cities, and the Green Lane Project is helping to share those lessons.

In my opinion, the biggest reasons for Dutch success are physical. The land use arrangement of cities creates short trip distances ideally suited to bicycling. The terrain is relatively flat. And the continuity of the network and design choices on the street makes a trip by bike a very inviting, safe choice. Riding a bike is a perfectly rational way to get around. It’s not riding a bike for short trips that doesn’t make sense.

And here’s the best part: it’s not that complicated. While Dutch traffic engineering is among the most nuanced in the world, the core ingredients of the bicycling network are quite simple (and replicable).

It comes down to three basic ingredients: 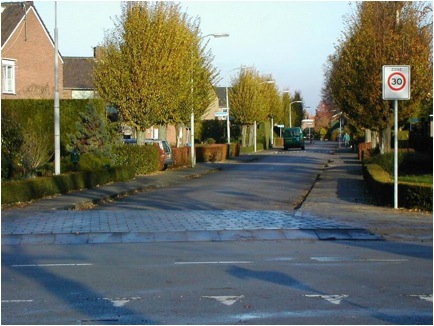 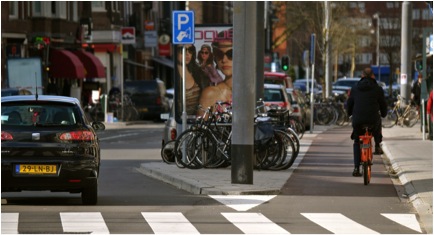 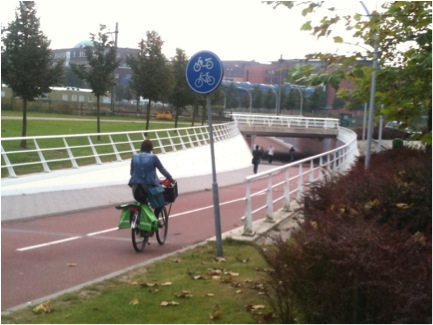 In the U.S., people on bikes and on foot are often mixed (along with strollers, rollerbladers, pogo-stick riders and every other form of non-motorized movement) on multi-use paths. In the Netherlands this is rarely the case; bikes and pedestrians are provided distinct, separate space.

That’s it. There are variations in the details, but 95% of the Dutch network looks like one of these three street types. All three of these facility types are part of the family of low-stress infrastructure we call green lane networks. And all three exist today in the toolbox of American cities, ready to be used.

The Green Lane Project assembles policymakers, transportation professionals, and senior city staff from the six focus cities to study, experience, and be inspired by the most advanced bicycling environments in Europe and North America. In 2012 delegations from Austin, Memphis, and Washington D.C. visited the Netherlands as part of a Green Lane Project study tour.