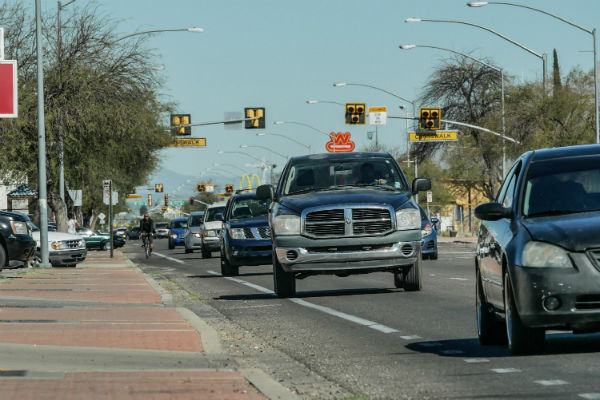 Ninth in a series of profiles of the Big Jump Project’s 10 focus areas.

When it entered the 21st century, Tucson was the bike-commuting capital of the United States.

Flat, dry and cool in the mornings and evenings, Arizona’s second-largest city has always had a good environment for bike transportation. So after the city started striping bike lanes and installing bike-and-foot-friendly crossings of major streets in the 1980s and 1990s, bike commuting jumped to what was then a very unusual 3 percent of the working population in time for the 2000 Census.

Then other cities, noticing Tucson’s success at boosting biking, started improving their own infrastructure — and left Tucson in the dust.

“We’ve been fortunate that decades ago the city and the region really committed to adding some bicycle infrastructure, so the arterial and collector streets have almost a full bike lane network,” said Ann Chanecka, program coordinator for the city’s bicycle and pedestrian program. “[But] really until about five years ago, we kept adding bike lanes on busy roads and expecting ridership was going to go up, and we really plateaued at some point. So many people working in Tucson started to look at, OK, so there’s a reason people aren’t biking on a street that has traffic moving 45 mph and has a five-foot bike lane.”

Now, Tucson is working to make up for lost time by joining off-street paths, protected bike lanes and bike boulevards into a network of truly comfortable bike routes: ones that feel good on the street rather than just looking good on a map. 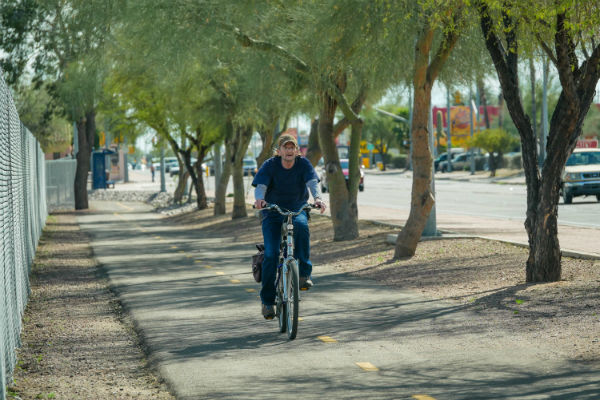 For the next three years, Tucson is focusing this effort in an area that it’s calculated has the highest potential for more biking: South Tucson, an area with relatively lower incomes and car ownership rates than the city as a whole. Many residents are Mexican-American, Native American or both. 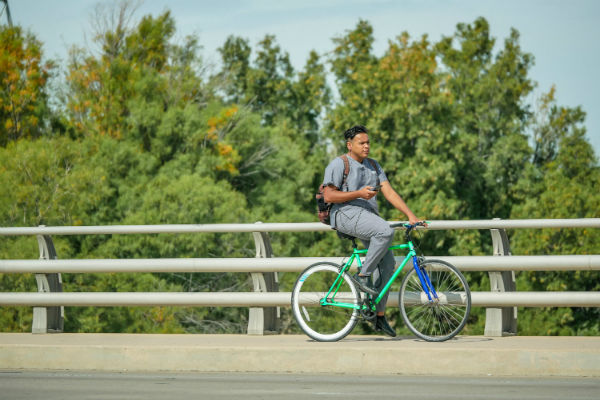 Here’s Tucson’s focus area for the Big Jump project, marked on a map that shows areas with high biking potential in red: 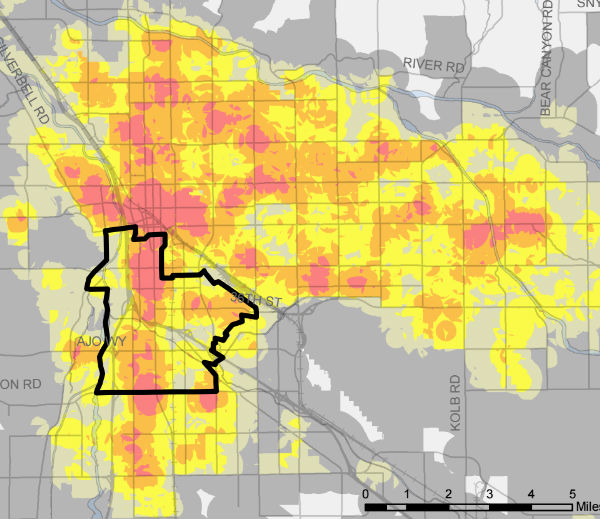 And here’s the infrastructure the city plans to add in the next three years:

At the intersection of all these bikeways in the city’s Big Jump focus area is the City of South Tucson, an independent municipality of 1.2 square miles surrounded by Tucson proper.

“It’s more of a village than it is a city,” said Vanessa Cascio, community liaison and Safe Routes to School manager for the Living Streets Alliance, Tucson’s active transportation advocacy group. “Neighbors who have known each other for a long time and a lot of families that go down generations.”

Cascio said one of the biggest barriers to biking in the area isn’t infrastructure itself, but the image of biking among many residents.

“All they’ve learned and all they know is the American dream is to own a car,” Cascio said. 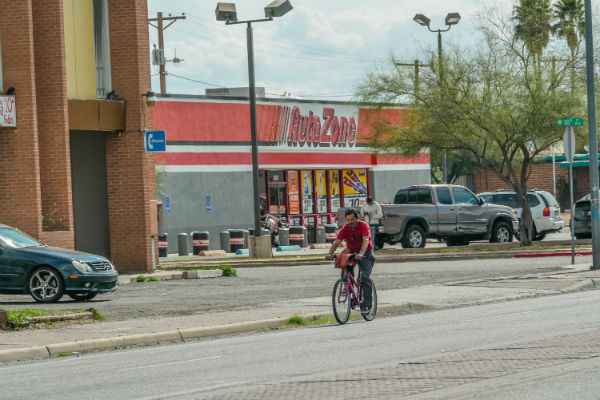 “While to some a bicycle is a real source of freedom and health and there are a lot of good feelings that go with that — to others who are bicycling out of necessity, it can also be a sign of oppression,” she said. 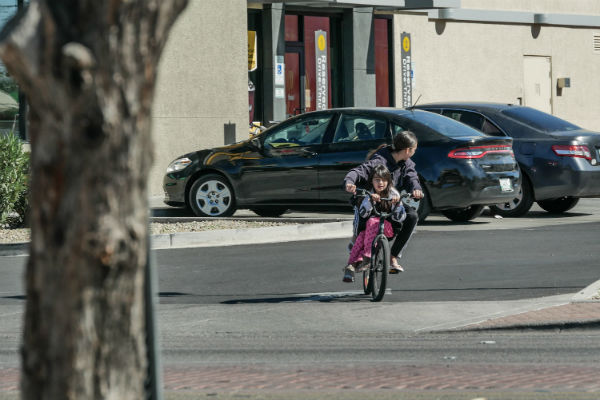 But both Cascio and Chanecka feel that all-ages bikeways can combine with appealing experiences and messages that show the benefits of biking — in particular, for children and families — to bring more dignity to the activity.

“In a lot of these communities are a lot of immigrant families, families of mixed status,” said Cascio. “The schools in a lot of ways are safe spaces. So when you frame these issues in a broader context of families and safety and youth, those are messages that really resonate.”

For Tucsonites in their childhood and teen years, the benefits of biking can be visceral, Cascio said. 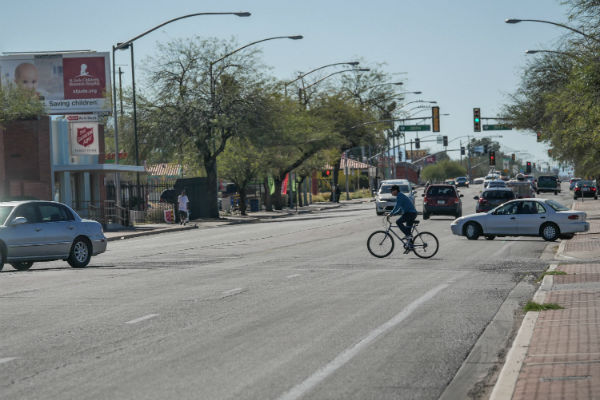 “So many of them, their world is small in so many ways — they don’t cross 6th because it’s a major arterial and they’ve just been told you don’t cross it,” she said. “So being able to cross that and take pride in what is already there is a big part of it.”

“Transportation is the linkage to opportunities and to jobs,” she said. “It’s also about housing and food access. All of these things aren’t separate; they’re all related.”