Tweet your Senator to support benefits for bike sharing

UPDATE: The amendment passed! Thanks for taking action. 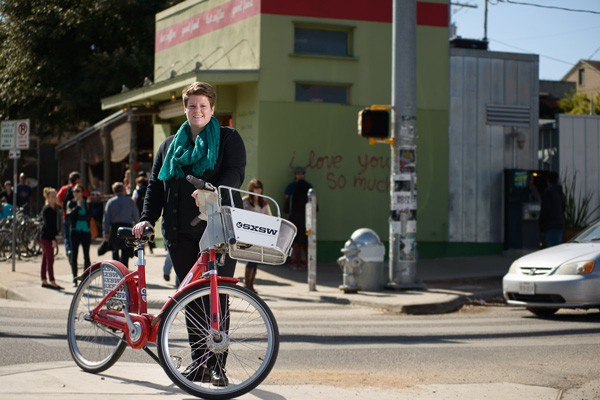 It’s no secret that bike sharing programs are growing across the country, with systems in 42 U.S. cities and many more in the works. As bicycling becomes an integral piece of the transportation systems in cities, members of Congress are paying attention and beginning to offer policy solutions to support the use and growth of bike share.

Tomorrow, April 3, the U.S. Senate Finance Committee will vote on an amendment to a larger tax bill offered by Senator Charles Schumer of New York and co-sponsored by Senator Mark Warner of  Virginia to make bike sharing membership eligible for limited tax-free reimbursement by employers.

If passed, the the commuter benefit would make bike sharing an employer-provided federal tax benefit, allowing workers to save money on their daily commutes by paying for their memberships with pre-tax dollars.

In a statement yesterday about the amendment, Senator Schumer said: “Bike share programs are an efficient, healthy, and clean form of mass transportation, and they should be treated the same way under the tax code as we treat car and mass transit commuters. It makes no sense for cars, trains, buses, and private bicycles to be covered by this program but not bike shares, and this legislation will fix that.”

We need your help to get the amendment passed.

If you live in one of the following states, Tweet your listed Senator with the following message: @SenatorX Bike-sharing systems keep our cities moving. Please support the #bikeshare amendment in the tax extender vote tomorrow!