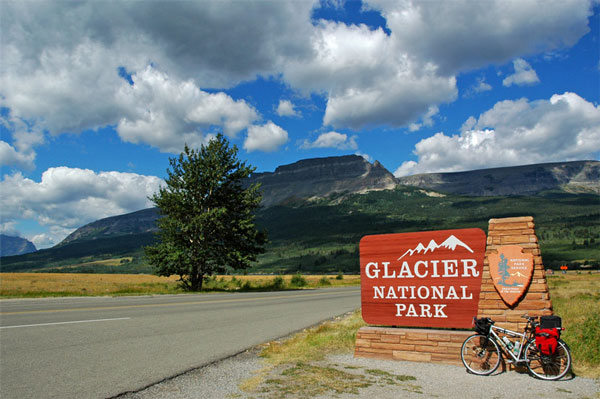 Bike riders in Montana (but mostly those outside of the state) scored a big victory on Friday, April 7, when the Montana House Natural Resources Committee amended a bill and removed a controversial nonresident bike fee. This win was achieved by a quick advocacy response from constituents (577 letters from PeopleForBikes members) and local groups (especially Bike Walk Montana and Adventure Cycling) after the surprise provision was introduced March 31. The bill language would have required nonresident bike riders who visit Montana to pay $25 for a “nonresident invasive species bicycle decal.”

The provision associating visiting bike riders with “invasive species” is just the latest in an odd sequence of events surrounding bike legislation in Big Sky Country, and the real story behind the Senator who introduced this amendment began nearly a month ago.

Montana has had a tumultuous year for new bike laws. Bike advocates within the state began the year on solid footing, with several bills introduced that would have improved the state’s laws, including a safe passing law and legislation to provide new resources for bike path maintenance. However, the attacks on bike riding began soon after. Several bills were proposed or introduced that have curtailed participation or placed ridiculous restrictions on bicyclists:

Both of these bills died quickly, while the safe passing law and bicycle path maintenance bill passed the House and moved on to the Senate. The safe passing bill made it to the floor of the Senate in March, where a hotly contested debate played out. After supporters of the bill explained the purpose and logic behind the bill, Senator Scott Sales (R – SD 34) took the floor to go on a general tirade against bike riders in which he called them “rude” and “self-centered,” and explained that he didn’t think the state should invite any more because there are “already too many of them.” He also proposed requiring all bike riders older than 16 years of age to pay an annual $25 tax. Senator Sales suggested that he would introduce legislation to create new rules for bike riders in alignment with his statements.

Sadly, the safe passing bill failed its floor vote after this debate, but few people expected Senator Sales to be able to advance bike legislation this session due to the late date and several procedural rules in the legislature related to the timing of bills.

On Friday March 31, Senator Sales saw an opportunity to impose new rules on bike riders this year in a bill related to invasive aquatic species. The legislation, Senate Bill 363, is actually a much-needed law that deals with the issue of invasive mussels in Montana. These mussels have already appeared in parts of the state, and their spread could have serious consequences for the state’s ecosystem and water supply. Senator Sales introduced the bike decal amendment on the floor, and despite many Senators appearing to regard the proposal as a joke, it somehow passed 26-24. The amended bill passed the Senate soon after, and moved on to the House.

The response and outrage from bike riders, advocates, and local shops was swift, with people beginning to weigh in with their House representatives immediately. Constituents were quick to point out that the bike fee would jeopardize Montana’s $3.5 billion tourism economy, which depends heavily on outdoor recreation, and sends an unwelcoming message to visitors. Even Governor Bullock chimed in to express his concern that the nonresident bicycle decal requirement would threaten the millions of dollars that bike riding contributes to the state.

After the bill was assigned to the House Natural Resources Committee, efforts shifted to asking the committee to remove this provision from the bill. Advocates showed up in force at a hearing on April 5 to object to the nonresident bike fee. Their message was received loud and clear, and the committee killed the provision in a unanimous, bi-partisan vote.

Thank you again to everyone who took part in this campaign—this outcome could not have been achieved without thoughtful and well-articulated comments from bike riders to their elected officials.