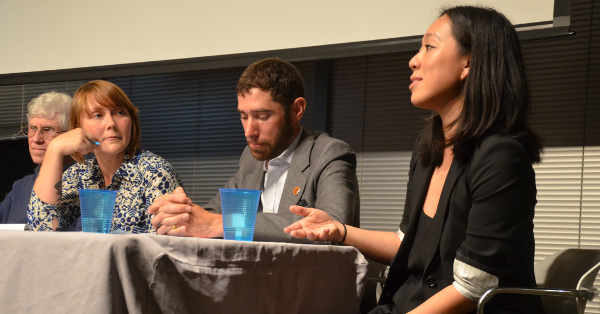 What makes a city capable of changing a lot?

That’s the question being tackled this year by Shin-pei Tsay, director of research and development for TransitCenter. Her New York City-based nonprofit was commissioned by the Knight Foundation to take a close look at the recent history of 30 U.S. cities and find the patterns that have led to rapid innovations in urban transportation: dedicated bus lanes, protected bike lanes, demonstration plazas.

Tsay has gathered her research into an 80-page report released last month called A People’s History of Recent Urban Transportation Innovation that looks closely at six cities: Charlotte, Chicago, Denver, New York, Pittsburgh and Portland. We caught up with her on her speaking tour this month for an interview about how to line up the three constituencies that drive urban change: civic activists, politicians and bureaucrats.

How and why did this report come together?

In the 2000s, a lot of people were really worried about the next federal transportation bill. But at the same time there was a lot of change happening in cities across the country. Small changes are happening in places like Memphis or Nashville or Akron. We were commissioned by the Knight Foundation to look at this question: How did these innovations happen?

We looked at 30 cities, and eventually focused on six cities that really illustrated the themes that we found.

You identify, more or less, three forces that all need to be present for change, each one influencing the next: organizers and advocates outside of government, political leaders, and city staff. Is that about right?

It’s not just linear. In Denver, there was a regional mayors’ caucus and the mayors were actually ahead. They had to work hard to get advocates organized around their ideas. Later, they realized that they won’t have a successful transit system without also having the walking and biking connections to bring people to transit.

Portland went through an amazing transformation in the early 1970s where all these factors came into play — advocates who were participants in national political movements returned to Portland. [Future Mayor] Neil Goldschmidt, who had left Portland, returned and brought new ideas with him, and he positioned people in the [transportation] agency to do things differently. 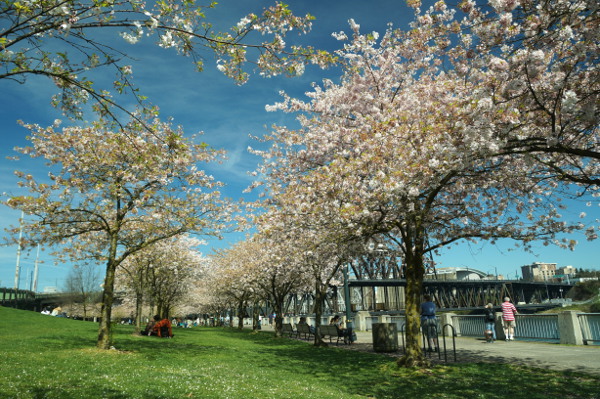 Portland’s Waterfront Park, the site of an expressway until 1974. Photo: Sam Churchill.

When I read about Portland’s big shift in the 70s, it sometimes seems to me that it was sort of like Roosevelt stumbling backwards into the New Deal: Goldschmidt was sort of looking for a constituency and happened to fall in with the middle-class anti-freeway activists.

I don’t think any of this is a straightforward process and I don’t think people were entirely altruistic. People do it for a lot of different reasons, and those reasons happened to converge on a different vision for the downtown.

I’m not sure that the advocates that started organizing [anti-freeway group] STOP thought it was the most important thing they could be working on, but it was one thing they actually had a lot of influence over, versus something like national women’s rights for example. They simply wanted to apply this energy toward something.

So you need these three factors — advocates, politicians and technical staff — to all line up to get big changes. But you’re also arguing that we don’t have to just sit around waiting for this great conjunction to appear in the stars.

You can work towards that convergence. Everyone has a role. In the media, you often hear about the mayors and the commissioners as the thing that made the difference, but if you didn’t have the advocates you wouldn’t have been able to make those changes.

The timing part is luck, in some respects. But on the other hand you can’t be an advocate for transportation and be apolitical. TransAlt is very involved in influencing the powers that be in every election cycle. I think people see advocacy as divorced from voting. You can advocate for a change on your street; you don’t need to go to the voting booth. Those things, they need to go hand in hand. 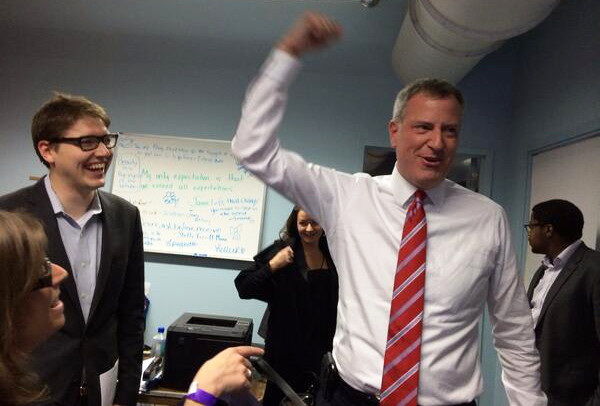 Do you think great transportation leaders are born or made?

Whether or not transportation is a priority, I think they are made. The kinds of built environments that we’re talking about are not ubiquitous. Unless you’ve had exposure firsthand, it’s not like you suddenly realize it’s a good idea. In the case of New York City, we’re pretty sure that the mayor [Bill De Blasio] doesn’t consider transportation a priority. But there are advocates who have made it a salient topic that he’s devoting his resources to. So we’re not experiencing the rollback that I think many cities experience once a mayor leaves office.

All the things that happened before are now happening under that new framing. The mayor can claim credit for it. It’s like the advocates need to help the mayor make it his own. 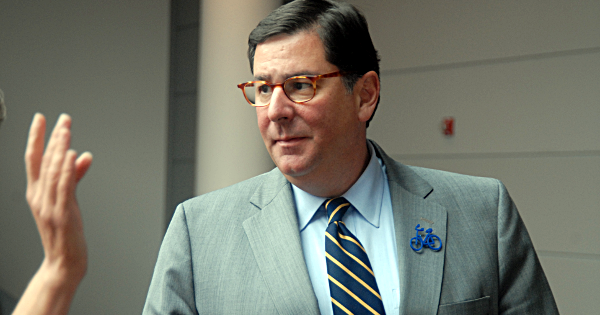 For years, there was constant fighting over jurisdiction between the county and the city, fighting over fewer and fewer resources. Bike Pittsburgh literally put Pittsburgh’s biking scene on the map. They made the map before there was a Department of Transportation map.

The alignment with Bike Pittsburgh and then-council member Bill Peduto made a big difference. And then there was a new county executive elected that really changed the way the county thought about the issue, and it happened to be someone that Mayor Peduto had a good relationship with. Both of them are aware of what’s happening outside Pittsburgh’s boundaries.

Timing, I think, is present in Pittsburgh right now: there’s a really strong mayor who is interested in experimenting. They pedestrianized market square in downtown. They put in bike lanes. They’re really thinking hard about their transit system.

In most of the cities you looked at, old pre-war neighborhoods that grew up around streetcar lines are still the only ones where it’s really viable to get around without a car, and that’s the root of the advocacy. But lots of cities don’t have that. How did this play out in a city like Charlotte? 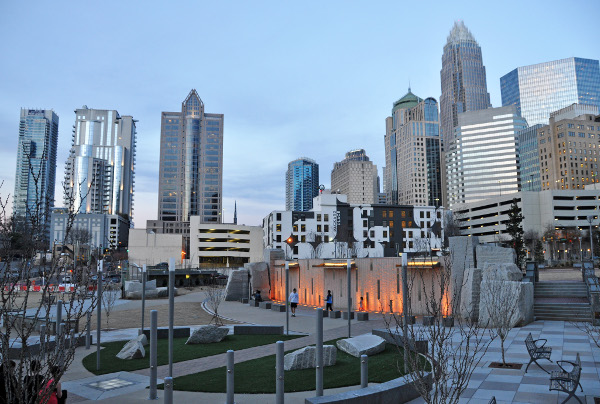 The thing about Charlotte is that its ambitions really are tied to its corporate business ambitions. That’s the way the city has grown over the years. It thought of itself as a global city. It had headquarters bank offices there. It competed globally in business.

They got really good at doing some best-in-class kind of projects — a beautiful transit station — but not able to plan for a system. The head of one of the banks wanted to create a multimodal center, another big project, but was not really thinking about whether people would be able to walk there and get to other places.

Without diversity of voices I think you come up with a singular result: That’s a great public space but not many people use it. It doesn’t have the dynamism that some of the smaller places in the neighborhoods have been able to bring to Charlotte. 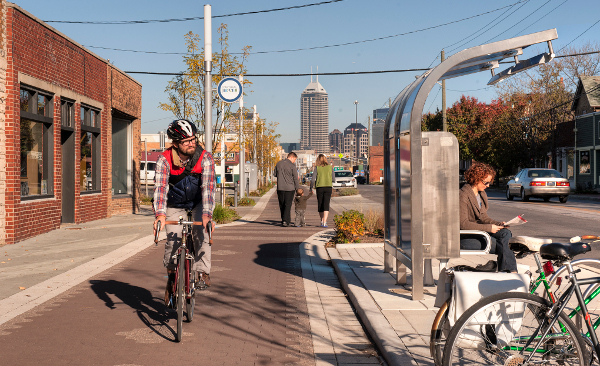 OK, let’s finish with a round of advice for people in each of these three groups. A lot of city staffers and consultants read our blog. What should they do to nurture effective advocates and politicians?

I was talking to a former agency staff at a New York event last night. He felt like he operated with an open channel with the advocacy groups, and he really could discern the strength of each group and when to pull them in and when to give them the information that he could use to push the agency along. The advocates could tell him which neighborhoods were ready and where people would be supportive.

What advice do you have for politicians?

I think a lot of politicians are wary of advocates: those guys are going to threaten to riot any time I do something they don’t like. Embrace being functionally communicative. Like, we might disagree right now, but we’re going to do this. I think that goes a long way with advocates.

I think city leaders have so much say over the culture of the agency and the practices. Being able to cultivate and unleash people who are so good at their jobs and are just hungry for more — politicians have so much power over that.

And what’s your advice for advocates?

There’s a sense of this is our turf or we own this issue or we know best. There are a lot of advocacy organizations here that have been here for a very long time. But there are new ones all the time. There’s a role for everyone, and it’s about finding that fit for everyone to be very effective.

Qs & As edited. The Green Lane Project helps U.S. cities build better bike lanes to create low-stress streets. You can follow us on LinkedIn, Twitter or Facebook or sign up for our weekly news digest about protected bike lanes. Story tip? Write michael@peopleforbikes.org.