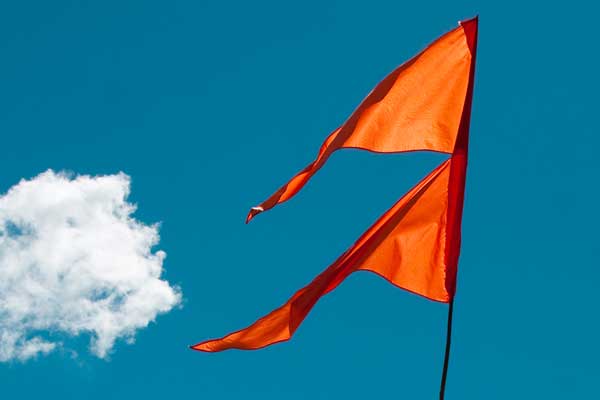 Missouri representative Jay Houghton (R-Martinsburg) recently introduced legislation that would require bicycles to be equipped with 15-foot tall orange fluorescent flags when traveling on certain roads within the state. This bill has quickly inspired an array of responses illustrating its total lack of feasibility (not to mention the outright dangerous side effects of complying with the law).

While these responses are well deserved, this proposal should be viewed as another misguided attempt to shift the burden of safety completely on to the shoulders of bike riders rather than making real attempts to correct the conditions that cause collisions on our roadways.

Laws mandating that bike riders dress in fluorescent clothing or attach neon flags to 15-foot poles on their bicycles are unlikely to make them much safer or significantly improve the driving experience for motorists. Even if these proposed laws are well-intentioned attempts to improve visibility, they do not address the primary causes of most collisions?road design and speed. Advancing the layout of our streets to accommodate different modes of transportation will address these issues. For bicycling, this means investments in infrastructure like protected bike lanes and multi-use paths, lower vehicle speeds, and measures that reduce the frequency and effects of distracted driving.

Fortunately, there is much to be excited about on this front. Our federal government just affirmed the importance of investments in infrastructure by dedicating billions of dollars to biking and walking projects. States and cities across the county are doing the same. Legislatures are re-examining statutory speed limits in order to provide local communities with the authority to reduce speeds. Design standards are also changing, and the Federal Highway Administration now provides guidance on building protected bike lanes.

We will surely see more proposals requiring people on bikes to travel back in time to the fluorescent days of the 1980’s but we need to stay focused on finding solutions that actually improve safety instead of dressing it up.